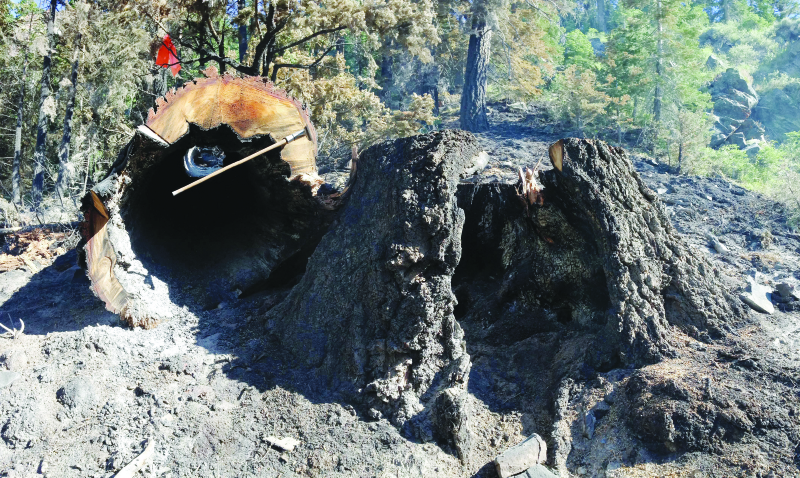 Charred aftermath of the fires running through Black Canyon. People are volunteering to help the state fight the fires burning through Washington.

State fire assistance has been mobilized under the Washington State Fire Services Resource Mobilization Plan in support of local firefighters working to contain the Black Canyon and McFarland Creek Fires near the town of Pateros. Washington State Patrol Chief John Batiste authorized the mobilization of state firefighting resources on August 17, 2015, at 7:30 pm at the request of Okanogan/Douglas County Fire Districts #15.

The fire started the morning of August 14, 2015. The cause of the Black Canyon Fire is believed to be lightning; the cause of the McFarland Creek Fire is unknown at this time. The fires have grown to a combined 6,035 acres; threatening 462 structures, crops, and power lines. Level 1 evacuations have been ordered for several areas.

Mobilization specialists from the Fire Protection Bureau have received a request for one wildland task force to supplement the resources already fighting the fire.

The State Emergency Operations Center (EOC) at Camp Murray has been activated to Phase III, to coordinate state assistance for the multiple fires including the Black Canyon and McFarland Creek Fires. Personnel from the State Fire Marshal's Office will be on scene to coordinate dispatch of resources, and personnel are already staffing the State EOC.

Under the State Fire Services Resource Mobilization Plan, the Fire Protection Bureau coordinates the initial dispatch and continued administrative oversight of resources and personnel for the duration of the incident. The Mobilization Plan is implemented to provide a process to quickly notify, assemble and deploy fire service personnel, equipment and other resources from around the state when fires, disasters or other events exceed the capacity of local jurisdictions. More information about the Washington State Fire Services Resource Mobilization Plan is available at: www.wsp.wa.gov/fire/mobilization.htm.