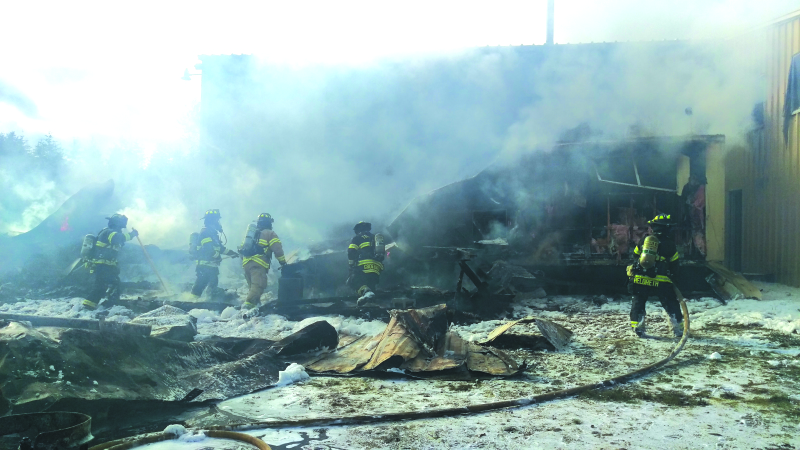 Fire departments from Toledo, Winlock, Vader-Ryderwood, and Napavine assisted at the scene of a fire in Toledo.

A fire destroyed the residence behind a storage facility located at the corner of N. Jackson Hwy and Hwy 505 on Wednesday, Nov. 16.

Tracy Summers, Captain of the Toledo Fire Department stated, "The fire broke out just before 11:00 a.m. and was contained by 12:30 p.m."

Fire departments from Toledo, Winlock, Vader-Ryderwood, and Napavine assisted at the scene.

There was a mobile home located on the land, along with a warehouse structure and several vehicles. Summers stated the mobile home was a total loss, but fire crews were able to save 98 percent of the contents of the warehouse.

The Town Crier spoke with David Martin, who is the owner of the property.

"We lost everything," he stated.

If anyone has any items they would like to drop off to help the Martin family, Martin said they could drop them off at his son's home located at 170 Gray Road in Toledo. The family is in need of a mobile home to live in. Martin asked if anyone has one to contact him at 360-880-5252.

Martin further stated, "We did not have insurance, so we have to replace everything on our own."

A fund has been set up to help David and Norma Martin at Umpqua Bank in Winlock.

The cause of the fire has not been officially determined at this time, but Martin said he thinks it was caused when a propane heater exploded in the living room.