Faces of Abuse: Brenda Bail’s death paints a picture of extreme domestic abuse, though victims’ advocates say violence is not always an indicator 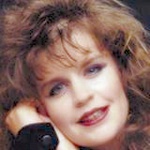 Murdered Chehalis resident Brenda Bail, 48, who is believed to have been the victim of domestic abuse taken to an extreme when she was strangled to death July 19.

It could be easy to look at the events surrounding the death of Brenda Bail and think of how she must have been a battered woman.

The 48-yer-old Chehalis resident was beaten and strangled to death July 19 and her fiancé, Corey Morgan, 32, of Randle, has been charged with her murder.

Court documents made it a point Morgan has had a history of domestic violence against Bail, including a conviction July 17—just two days prior to Bail’s death—of assaulting Bail back in October. In the time before his aforementioned conviction, Morgan violated a no-contact order protecting Bail at least once, and has additionally been arrested for an unrelated misdemeanor assault in Oklahoma.

But there have been no other charges relating to Morgan attacking Bail in Washington. In fact, as far as the court is concerned, he has only attacked her once before allegedly killing her.

Sure, he may have gotten away with it the dozens of other times he hit her. But those who deal with victims of domestic abuse will tell you such a thing may not be the case. Those like Sandi Thompson-Royer, executive director of the Human Response Network, will remind others physical violence can sometimes play a minor role in an abusive relationship while verbal and emotional attacks are used to maintain control.

"It’s a complicated thing and it’s not something that can fit in a box," she said of domestic abuse, stating one partner can attack the other verbally, emotionally, and financially without using physical force. "Sometimes the physical abuse never happens."

Thompson-Royer said it is common for the aggressor to use name-calling as a way to wear someone down and exert power over them, especially as a way of manipulating them into doing what they want with promises of affection. She said this kind of abuse is difficult to discern because the marks they leave are inward and not readily apparent, but those who are experiencing such abuse do need to seek help and those around them need to be receptive.

"It’s important that you be there and listen to them and help keep them safe," she said to those who have friends and family who come forward to report abuse. "Believe them. Believe that it’s happening."

But it may seem a little strange for a relationship with little-to-no physical abuse to suddenly turn deadly. Not that we know what was taking place between Morgan and Bail, but Lewis County Sheriff’s Deputy Chris Rubens would tell you many cases of domestic abuse have built up over time and can go from simply hostile to violent suddenly and without warning.

Rubens, who helps lead a Domestic Violence Impact Panel one a month, said some relationships start turning south when boundaries and expectations are not established early on, and years of pet peeves being violated can build into a violent outburst neither party was necessarily expecting.

He also said drugs and alcohol can contribute greatly to acute violence (such as with Bail and Morgan, who reportedly visited a bar prior to the attack on Bail) and those with domestic violence in their relationships or in their homes often have substance abuse problems that need to be addressed.

(A Domestic Violence Impact Panel explains the many forms and results of domestic abuse and is intended for those who have been mandated by the court to attend, though the general public are welcome to participate.)

We may never know the extent to which Morgan abused Bail—if at all, to be fair—or if his July 17 conviction had anything to do with Bail’s death. But domestic violence is such that we can’t always draw conclusions given its many forms and faces, even when presented with a multitude of facts. We can’t event conclude the male was the aggressor in a relationship anymore, according to Rubens, who has said Lewis County sees about an even split of males and females being arrested for acts of domestic violence these days.

What we can do, urged Thompson-Royer, is actively educate ourselves and our community about the realities of domestic abuse, and teach our children it is not ok to abuse others or accept abuse.

"It’s not just the Human Response Network that should be responding," she said. "It’s an issue that everybody in the community needs to be aware of." 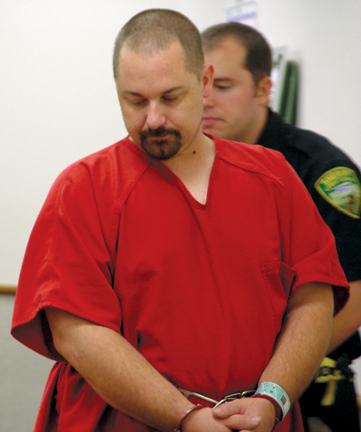 Corey R. Morgan, 32, of Randle, during his first court appearance June 22 after being arrested for the murder of his fiancée, Brenda Bail, 48, of Chehalis. Bail was strangled to death on a forest service road west of Morton July 19 and evidence indicates it may have been the zenith of a case of domestic abuse.