Elma Shines in the Heat 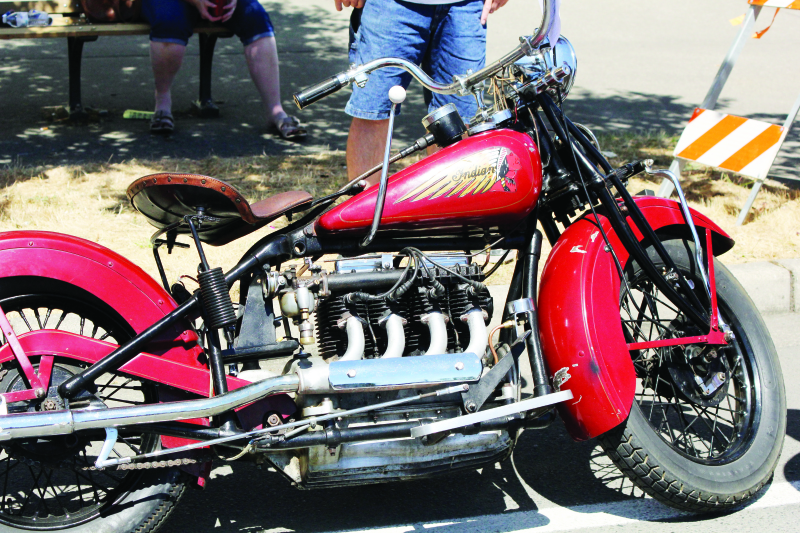 This 1932 Indian Scout presented by Manuel Chavez of Hoquiam was awarded Vintage Motorcycle during the Heat on the Street Car and Motorcycle show.

It was another successful car show in Elma with the annual Heat on the Street Car and Motorcycle Show.

The cruise-in brought over 100 vehicles on Friday night and 30 of those took part in the scheduled poker runs. The Midnight Cruizers of Grays Harbor took the numbers with the club bringing in the most participants and was awarded the Best Car Club Representation award. And the Elma Police took to Segways to patrol the event.

The Elma Chamber of Commerce remarked that the 2015 event was the best one ever and with the collection of cars, motorcycles and bikes, visitors had over 250 showpieces to marvel over.

But the car show is more then just a few highly shined and well put together automobiles, it is also an opportunity to showcase unfinished builds, racecars and the gaining more popularity Rat Rods.