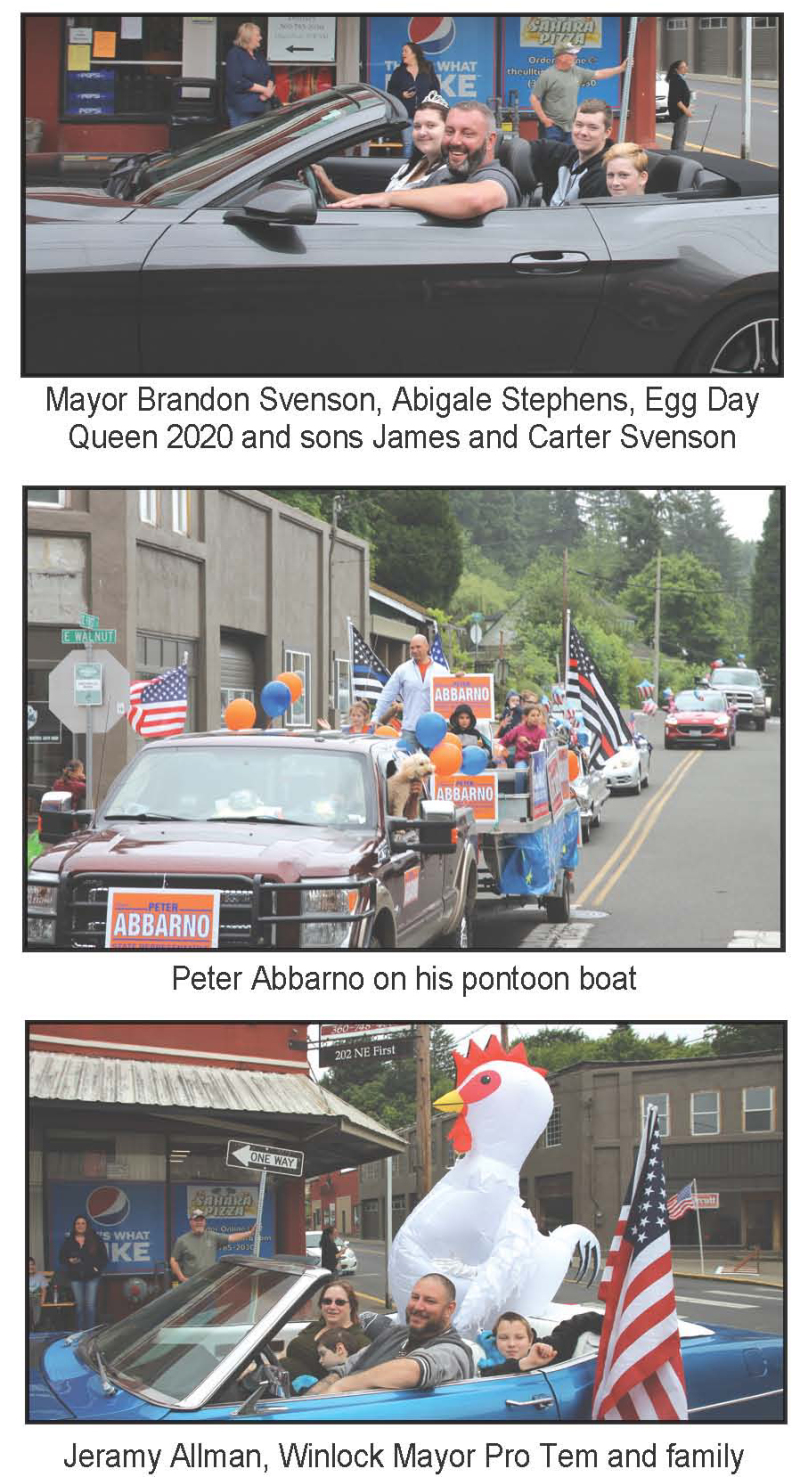 The Winlock Rolling Car Show Parade was organized in place of Winlock Egg Days due to Covid 19. The community came together to help celebrate a day that is special to many of us. The third weekend has been Winlock Egg Days for years, it's a joyous occasion where the community participates and comes together.

It was the 99th year of Egg Day celebrations, the only time it was canceled before was during WWII. This year a rolling car show meant that there were a lot of local people and a few political candidates and even a local builder.

There was one company that was represented, Red Rock Construction. They were passing out free T-Shirts and lots of candy. They passed out so much candy, it was more than I have ever seen at Egg Day by one company, well done guys! They have been building at Grand Prairie Estates for a couple of years so it was nice to see them in the parade.

The best part was seeing residents that have been part of Winlock for years and also meeting new ones. Jerry Biggs is new to Winlock and he was in the parade for candidate Loren Culp. It was great to see Dwain Miller, he always drives his Model A. Kenny Hauschild and Leroy Zwiefelhofer were also in the event. Kenny and Leroy have been volunteers in Winlock for years, supporting the community. This was truly a community event.

Mayor Brandon Svenson stated, "I was inspired watching all those who put their differences aside to come together, problem solve and make the best of an unfortunate situation. It was truly heartwarming to see all the citizens waving and the smiles on the faces made it all worth it. I was to sincerely thank all those involved. The spirit of Winlock is alive and well."

Next year will be the 100th Anniversary of Winlock Egg Day.