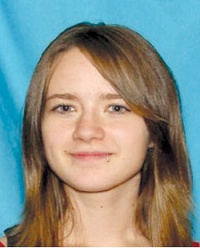 Kayla Croft-Payne, 21, former of Chehalis, has been missing since April of 2010 and authorities are low on leads.

Investigators eliminated two leads and picked up a third last week in the search for Kayla Croft-Payne, a young Lewis County woman who went missing in late April of 2010.

Acting on tips from family members and local residents, detectives with the Lewis County Sheriff’s Office have determined her disappearance was not related to the web site Model Mayhem, nor a property in Winlock referred to locally as “The Farm.”

Detectives had begun their investigation into Model Mayhem after a family member told them she found Croft-Payne’s profile on the site and said Croft-Payne may have been on her way to a related photo shoot when she disappeared. A warrant was obtained March 13 allowing investigators to access the profile information maintained by Internet Brands, Incorporated, owners of Model Mayhem. The company worked with investigators as they analyzed the names and pictures of all profiles originating from Western Washington, but did not find anything related to the missing woman.

While following up with Croft-Payne’s relatives regarding the results of their search, investigators were shown the internet profile in question by the relative who had discovered it and found it was an entirely different modeling website. They are now looking into this new lead, but were also able to rule out another possibility through an investigation in the Winlock area earlier this week.

A report said deputies had received “several tips” indicating Croft-Payne had been murdered and buried, possibly down a well, at a property on the 1500 block of Ferrier Rd., south of Winlock, which they stated was commonly referred to as “The Farm.” Spending a total of 16 hours on Wednesday and Thursday, detectives dug through “mounds and piles of garbage,” as well as draining a 35-foot well and excavating a separate 20-foot well, but were able to find “nothing of interest” to the case.

“This case has been troubling for our office and we still hope to find Kayla and bring closure to her family and friends,” stated Lewis County Sheriff Steve Mansfield. “The search was long and exhaustive.  The detectives worked very hard and were extremely diligent and thorough in the process of searching this property.” 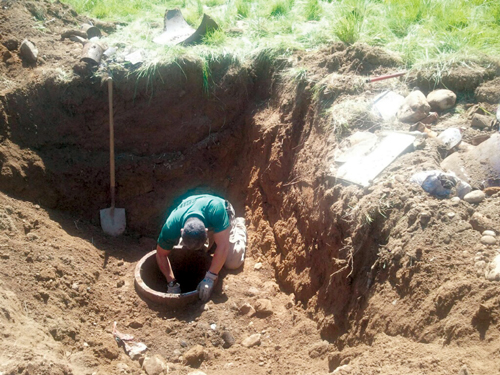 Two wells were investigated in the Winlock area earlier this week as detectives acted upon tips Croft-Payne may have been murdered and left down a well at a property on the 1500 block of Ferrier Rd., south of Winlock, commonly referred to as “The Farm.”