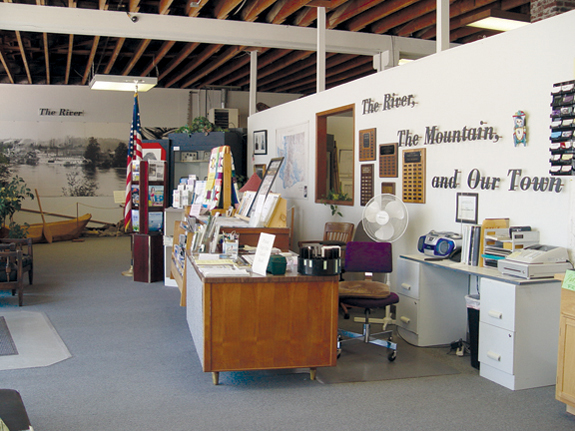 The Castle Rock Exhibit Hall, located at 147 Front Ave., has been the subject of difficult financial decisions by City Hall as tax revenue trends downward.

A steady decrease in tax revenues has led Castle Rock officials to make some tough decisions regarding the funding of the city’s Exhibit Hall.

Though income through hotel/motel taxes collected at local tourism venues had once been enough to cover the cost of an Exhibit Hall Director and portions of insurance and telephone services, City Council members have had to dip into the city’s general fund to cover such expenses, voting during their July 22 meeting to expend $6,175.54 out of Castle Rock’s general fund to pay for the Exhibit Hall’s insurance.

"We kept holding off on this because of a lack of funds," said Clerk-Treasurer Ryana Covington, stating late charges had been accruing since February at a rate of $61 per month and were covered in the approved expenditure.

"[Police Chief] Bob [Heuer] took a lot of cuts last year and hasn’t really asked for much back," said Helenberg. "Ryana’s taking cuts. Everybody’s taking cuts out of their funds, and that’s a gamble whether we’re going to get enough money to pay that back."

The city will have to pay back the $6,175.54 to the general fund from the taxes set aside for the Exhibit Hall, as state regulations say such inter-fund transfers must be treated as loans and paid off within three years at current interest rates.

While more money from the hotel/motel tax is expected to be produced during the summer tourism months, officials say it remains uncertain how much will be available later in the year.

In the mean time, the Exhibit Hall does remain open, and a growing number of community groups have been stepping forward to help cover costs. The Exhibit Hall Society has been the primary source of funding aside from City Hall and has agreed to cover utilities as well as the remainder of insurance and telephone services. They have also helped contribute to the Exhibit Hall Director’s $904 per month salary and donated $1,000 this year and last year to help keep the position open.

The Castle Rock Lions Club has also donated $1,000 this year for the director’s position and the Castle Rock Chamber of Commerce, which meets monthly at the Exhibit Hall, has agreed to contribute $50 per month to help support the cost of utilities.

Current Director Karen Johnson said these groups see the importance of having the Exhibit Hall available to tourists and community members and said the information and displays inside have been enjoyed by individuals from all over the world, particularly those on their way to Mt. St. Helens.

Johnson said the future of the Exhibit Hall primarily depends on the whether or not the economy is able to turn around, allowing people to travel more and spend more on vacations. She said a continued trend of low tax revenues may not spell the end of the Exhibit Hall but will more likely result in a reduction in hours to just the weekends rather than Monday through Saturday (or Wednesday through Saturday between October and April).

And the Exhibit Hall and its supporters are looking at a large shot in the arm in just a few weeks as an auction dinner has been scheduled for Aug. 15 at Castle Rock Elementary School to benefit the Hall. With tickets at $10 apiece, Johnson said this will be the first such auction since she took her position in 2010 and will likely feature travel packages, local artwork and wares as well as items such as wines from area vineyards. This event will be open to the public and all proceeds (as much a few thousand dollars if similar to years past) will go to support the Exhibit Hall. 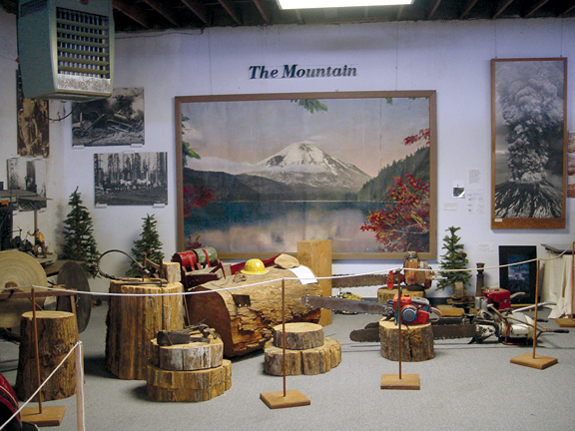 Displays at the Exhibit Hall showcase Castle Rock’s history and heritage, such as it’s proximity to Mt. St. Helens and role in the local logging industry. 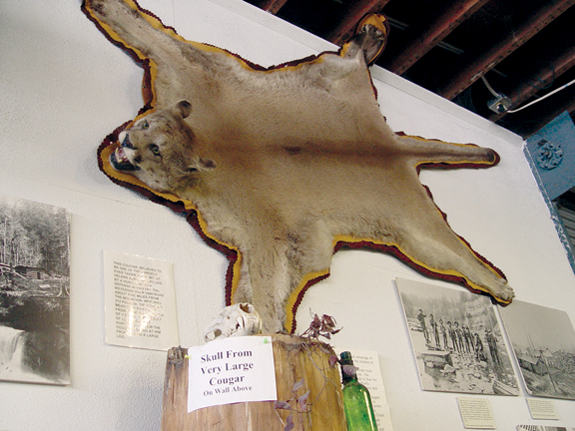 A more popular display features the skull and pelt of a once-212 lbs. cougar killed by a hunter back in the 1970s in self-defense near Mt. St. Helens. 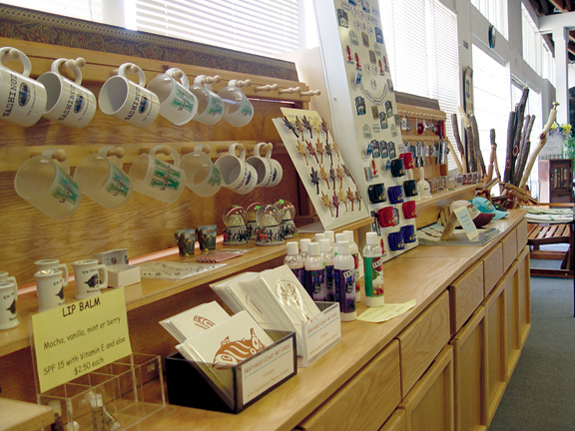 Souvenirs at the front of the Exhibit Hall are one of the sources of income available to keep the facility open as tax revenue keeps falling.