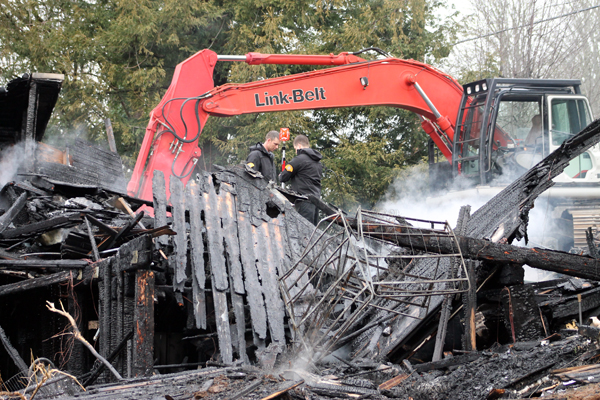 Members of the Washington State Patrol assist in locating the remains of the victims of a fire in Winlock Feb. 26. The identities of three victims, a mother and two daughters, have been released by the Lewis County Coroner's Office, while the cause of the fire remains under investigation.

The Lewis County Coroner's Office has officially identified the victims of a house fire that took place in the early hours of Feb. 26 in Winlock.

The identities of Samantha Koehler, 31, and her daughters Bethany Cuvreau, 4, and Tabitha Cuvreau, 2, were announced in a press release sent earlier today by Coroner Warren McLeod, who stated the three died from "asphyxia due to the inhalation of combustible products," or smoke inhalation.

McLeod later stated the severe degree to which the remains had been burned was such that traditional identification methods were unavailable, and instead his office used evidence found at the scene and information gathered from the family and witnesses to circumstantially identify the victims.

According to their family, Koehler and her daughters had been unable to escape their house on the 800 block of NE First St. after it suddenly caught fire at around 2:30 a.m., while her sons and their father made it out with minor injuries, according to responders at the scene. The cause of the fire remains under investigation, while several witnesses reported hearing an explosion before the fire began.

The family had moved to Winlock around a year ago, according to local resident Connie Sneed, a friend of Koehler's, who described the mother as being devoted to her children.

"If there was a dollar left after bills, it was for the kids," said Sneed of Koehler. "That's who was the center of her life."

Sneed said she has been in close contact with the family and said the father and two sons, both described as being gradeschool-age, are in significant need of financial support as they lost everything in the fire and are needing to find a new home as well as pay for funeral services.

"They ran out of there with their pajamas on," said Sneed, stating the support the community has shown with donations of clothing, furniture, toys and other items has been "overwhelming" and storage has become a challenge, especially as the family is without permanent residence.

"Our need for a place for them to live is a big priority right now," she continued, stating, if local landowners have spaces available for rent, they are encouraged to contact her so they may be put in touch with the family.

Monetary donations for the family continue to be accepted at all branches of Umpqua Bank, while fundraisers later this month in the local area will be taking place, including a charity motorcycle poker ride at the St. Helens Tap House, in Toledo, on March 21, as well as youth baseball tournament organized by Lewis County Little League scheduled for the weekend of March 28, with further details to be announced at a later date. 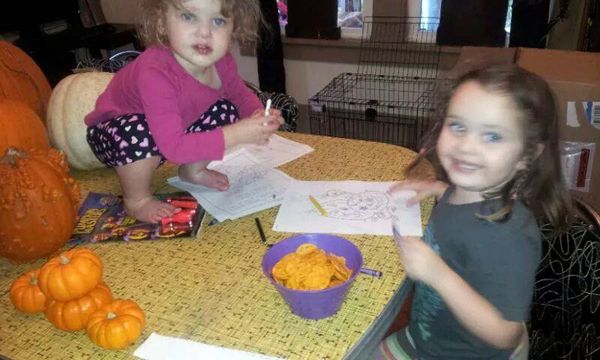 Two-year-old Tabitha Cuvreau (left) and four-year-old Bethany Cuvreau (right), who were among the victims of a deadly house fire in Winlock last Thursday. Their identities were released earlier today after being confirmed by the Lewis County Coroner's Office. (Photo contributed by Connie Sneed.) 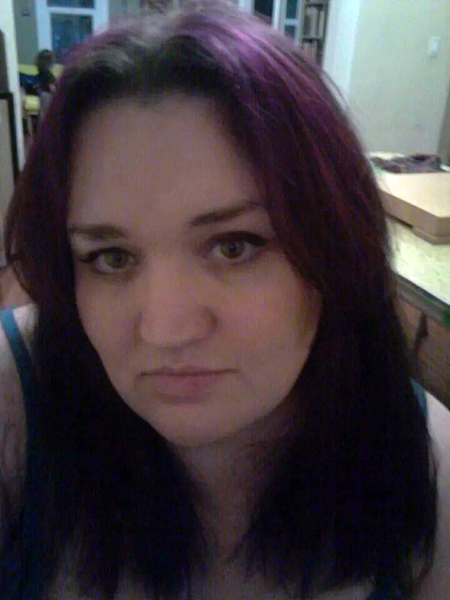 Samantha Koehler, 31, who also died in the fire, has been described as a devoted mother whose children were the "center of her life." (Photo contributed by Connie Sneed.)