Celebrate Halloween with a house full of pumpkins 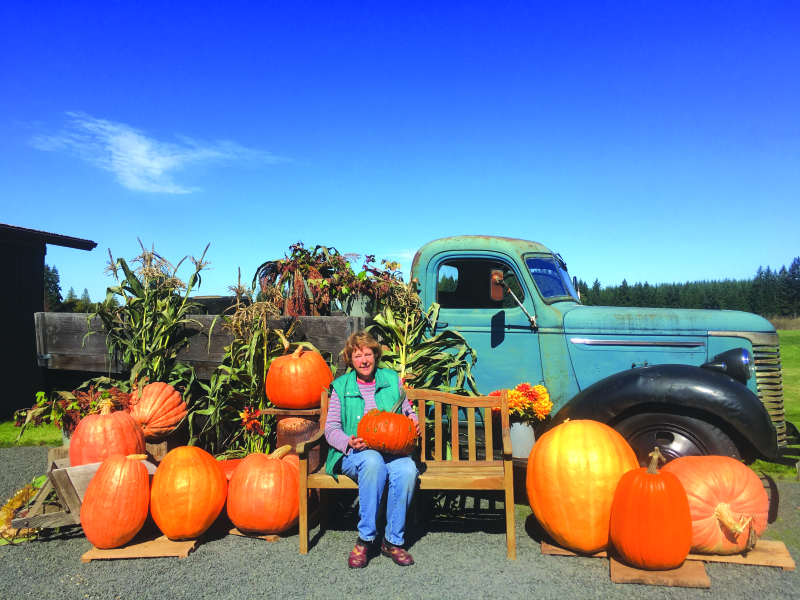 Along highway 508 heading east, not far past the 4-way light cross section with Jackson Highway you will find a small, quaint little patch on your left. You can't miss it as the first thing you might see is the farmhouse of Barbara Grega who runs the patch. The entire porch is filled with pumpkins of all sizes. That's not all, as there is a whole yard of them as well.

The patch came into being around 1985 due to the fact that Barbara's son had his birthday on Halloween. After the two grand celebrations would pass, they would be left with piles of pumpkins, which inspired the patch idea.

Barbara says that her favorite parts of the entire experience are the planting of the seeds, and watching them grow all season. She also really enjoys talking with the customers who come by - especially the return customers and their children. Barbara finds joy in watching the youngsters grow up over the years.

If you are looking for a variety of pumpkins, you will find them here. Just some available are old-world Cinderella pumpkins, Lumina pumpkins, which are the white ones, the warty knuckleheads, Jarahdales which are a lovely shade of sage green, some kind of yellow and green mixed color variety, tiny pumpkins and more!

Everything is organized and priced by type and size.

The patch is open from now until after Halloween. Stop in, meet Barbara, and get yourself a few pumpkins. Have a happy Halloween and a bountiful Harvest Season!