Burning Bears in the rain 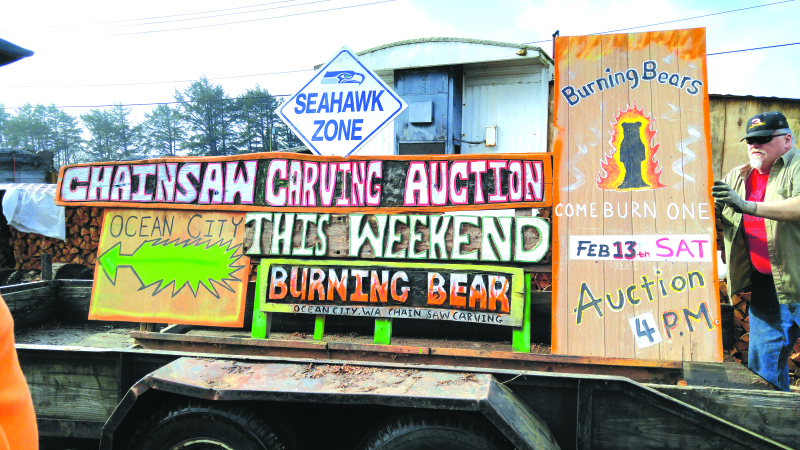 The Burning Bears Festival takes place each year at Ocean City Marketplace. This year the event took place from Friday February 12 to Sunday.

The festival went on through sun and rain. Carvers where out creating before visitors. Unfortunately the big bear did not burn at the end of the festival due to heavy rainfall, but there was still a big bonfire.

Ivan and Mona Hass have been doing the Burning Bear festival 8 years now. They are the owners of the Ocean City Marketplace. It originally was started in 2009 as a way to raise money for their daughter who had lost her fiancée in a car accident the previous December.

Carving had always been a huge part of their lives and many carvers came to their aid. I have been helping with their advertising, marketing, and public relations, and sales for about a year now, and their son, Joseph Felkey has been helping with day to day operations in the shop and the accounting for about two years now.

Farwell would like to reach out with a heartfelt thank you to all of their carvers, volunteers, and specifically, Boaz Backus, Judy Howell, Steve Backus, Barbara Speak, Jon Pfeiff, Mike Howell, and Judy McVay for her huge impact on chainsaw carving and their family.