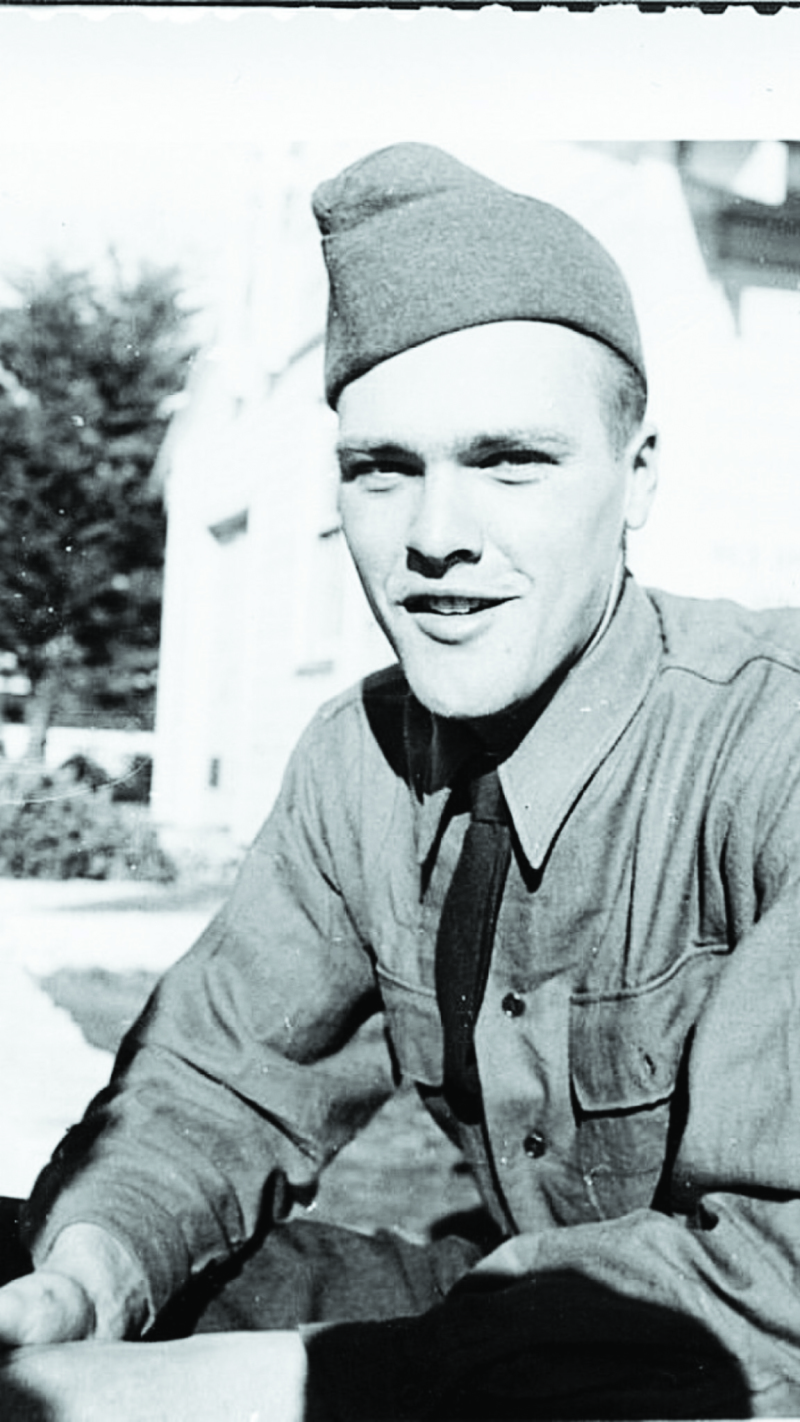 Dick Bowen isn't just a life long resident of Winlock, he is also a Korean War Veteran. He was born and raised in Winlock, Washington, graduating in 1949. He was in Korea for a year and his experience there shaped him for the rest of his life.

Dick was drafted in late 1951 and was sent to the Seattle Induction Center in Seattle for a few days before he was shipped out to Fort Ord in California. He spent 8 weeks of boot camp at Ford Ord then he spent another 8 weeks there for his infantry training. He was then sent home for 2 weeks for rest and relaxation with his wife Stasia.

After his R&R, he was sent to Camp Stoneman in Northern California where he was put on ship troop to Japan. "We landed in Yokohama Japan where we got our rifles and we sighted them in. Then we got on a train to Sabebo Japan, the lowest part of Japan," Bowen stated.

"After Japan, we went by troop ship to Usan South Korea, the southern tip of Korea. When we got to Korea the first thing we had to do was take a bath a in the ocean. It was cold," Bowen continued.

"I was then assigned to the position of Forward Observer. I had to attend radio school because it was necessary to operate a radio when letting everyone know where the enemy was."

"I met my partner Shorty in radio school and we were together the entire time we were in Korea."

"The first 30 days in Korea, my partner Shorty and I sat in a bunker watching for the enemy. When we would see an enemy, we had to shoot them either by gun or mortar because if we didn't they would shoot us. It was a very interesting job, always something going on," he continued.

"The worst day in Korea was when I was shot in the back, luckily I had my supplies on my back and the bullet hit them but I was paralyzed for a short time.

That was the only time I was scared because my partner Shorty could not help me by pulling me out because he would have been shot," Dick stated. "I was in the remote areas of Korea but I was with my unit the entire time, we had each others back."

His daughter, Lorna Bowen Murray stated, "Dad is the most patriotic man I have ever known. He is constantly wearing his patriotic shirts and his Korean war hat. I have always felt like I won the world's best lottery having such a wonderful father and patriotic dad."

In May of 1953 he returned home to his wife Stasia and they had their children Keith, Frank, Ron, Lorna and Kelly. Stasia passed away in 1965 from Leukemia, when there was no treatment for cancer.

Bowen is still a resident of Winlock, living in the home he was born in. Bowen has been a fixture in Winlock for many years and all of his kids graduated from Winlock as well. Thank you for your service Dick Bowen, you have made the world a safer place for all of us!!