During a press conference on Thursday, July 23, Governor Jay Inslee and Secretary of Health John Wiesman announced changes to the Safe Start Plan that has been guiding Washingtonians for the last four months. The reason is the increase in coronavirus cases, which is over 50,000 and the death count, which is over 1,500.

The changes are in addition to the statewide mask mandate, which Inslee acknowledges that residents are doing a good job masking and that in Yakima County it has slowed the infection rate. The problem right now is that Washington is near the edge of a cliff and if it tips over, the pandemic will begin to look like Florida.

"These actions we're taking today are certainly not an attempt to punish businesses," Inslee said. "In fact we've had enormous responsible actions taken by our business leadership. We do know this, at the moment the only effective tool against this pandemic is to change some of our practices and we need to do that. Unfortunately we know this, the rate of transmission has been increasing around the state. ...

It's been four months since Gov. Inslee announced his Stay Home, Stay Healthy order. Cases in Washington have risen from 2,000 to almost 50,000, and deaths have increased from 110 to nearly 1,500.

Thursday, Inslee and Secretary of State John Wiesman are changing guidance and regulations around restaurants, bars, and fitness centers, as well as weddings and funerals. The changes will also affect family entertainment centers, movie theaters and card rooms.

"We do not take these steps lightly," Inslee said. "We know every prohibition is a challenge for individuals and business owners. But we know that if we fail to act, we expose people and businesses to even greater risk down the line." 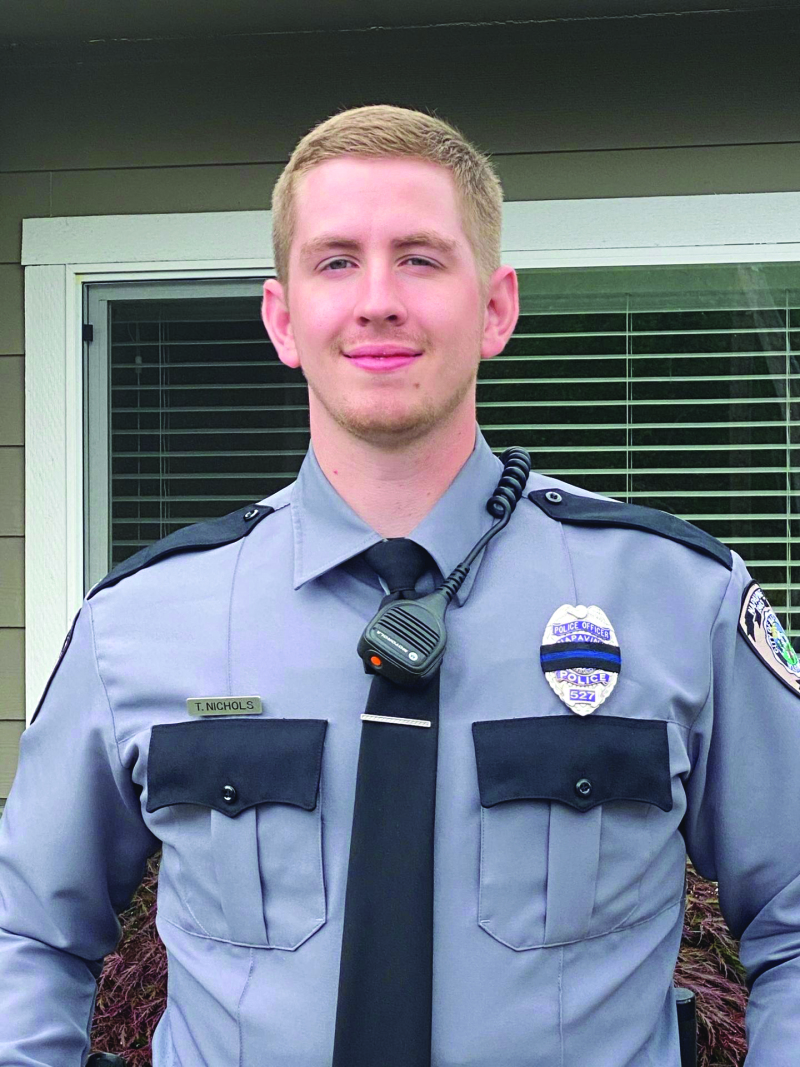 The Haunted Hostel opened during Mayor Dowell's term, the approval was for three rooms. Since that time, the business has added more rooms without building permits and without a city business license. The city has sent several letters to the owner regarding obtaining a business license for over two years, to no avail. Now, there seems to be structural issues per the City of Winlock's structural engineer.

The Lewis County Fire District completed an inspection on April 27, 2020 and found there were many safety and hazardous issues with the building. The exits were not clear, they did not have required exit signs, fire alarms needed, room doors had locks on the outside (as if to lock someone in the room) and they did not have required fire extinguishers. At the time of the inspection there were 13 tenants living in unsafe and hazard conditions, far above what the previous business license allowed. 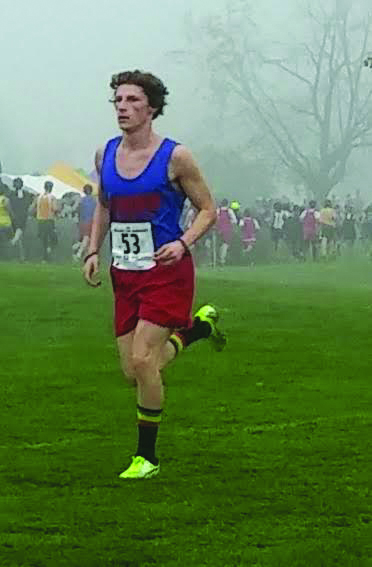 Photo by Brad Donovan - Cross country figures to be the only sport this fall for local student athletes.
No Football this Fall; Four-season setup for high school sports
Posted on:
By:
By GEORGE KUNKE

SOUTH BEND - Under the coronavirus pandemic circumstances, the Washington Interscholastic Activities Association (WIAA) is doing the best it can to enable high school sports continuing during the 2020-21 academic seasons. Tentatively, depending on the state of affairs throughout the Evergreen State, there will be sports in not three, but four sanctioned seasons as proposed by the WIAA Executive Board last Tuesday (July 21). The WIAA is moving "moderate-and high-risk team sports," originally scheduled for the fall season, to WIAA Season 3.

Pacific County Health and Human Services received notice last week of eleven positive cases of COVID-19 in Pacific County. These positive cases are in addition to the 19 previously reported cases for a total of 30 cases. There are currently eleven active cases being monitored by public health nurses.

Of the eleven cases, three cases are in a single household, two cases are in another household, one case is in their own household, one case resulted after a family gathering, two others are close contacts of individuals confirmed positive earlier in the week, one is a close contact of an out of state positive case, and one that has recently travelled. There are no known contacts between most of these groups at this time. Some of the individuals are symptomatic while others are asymptomatic, and all individuals are in isolation at home. 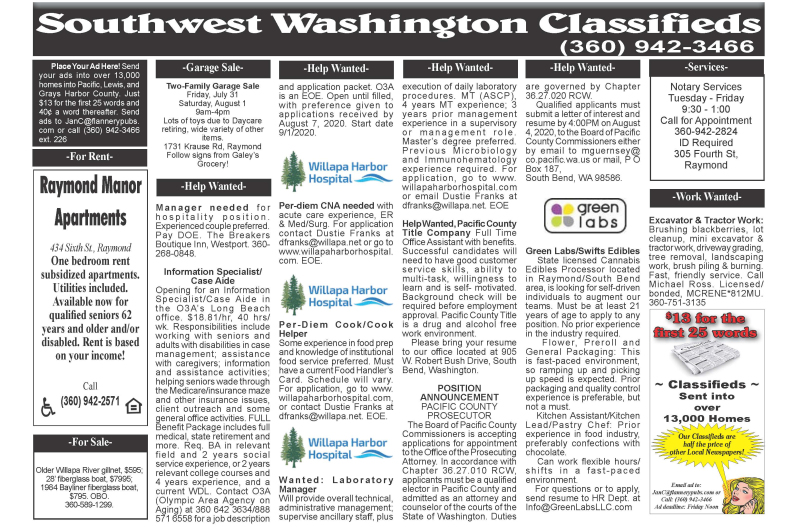 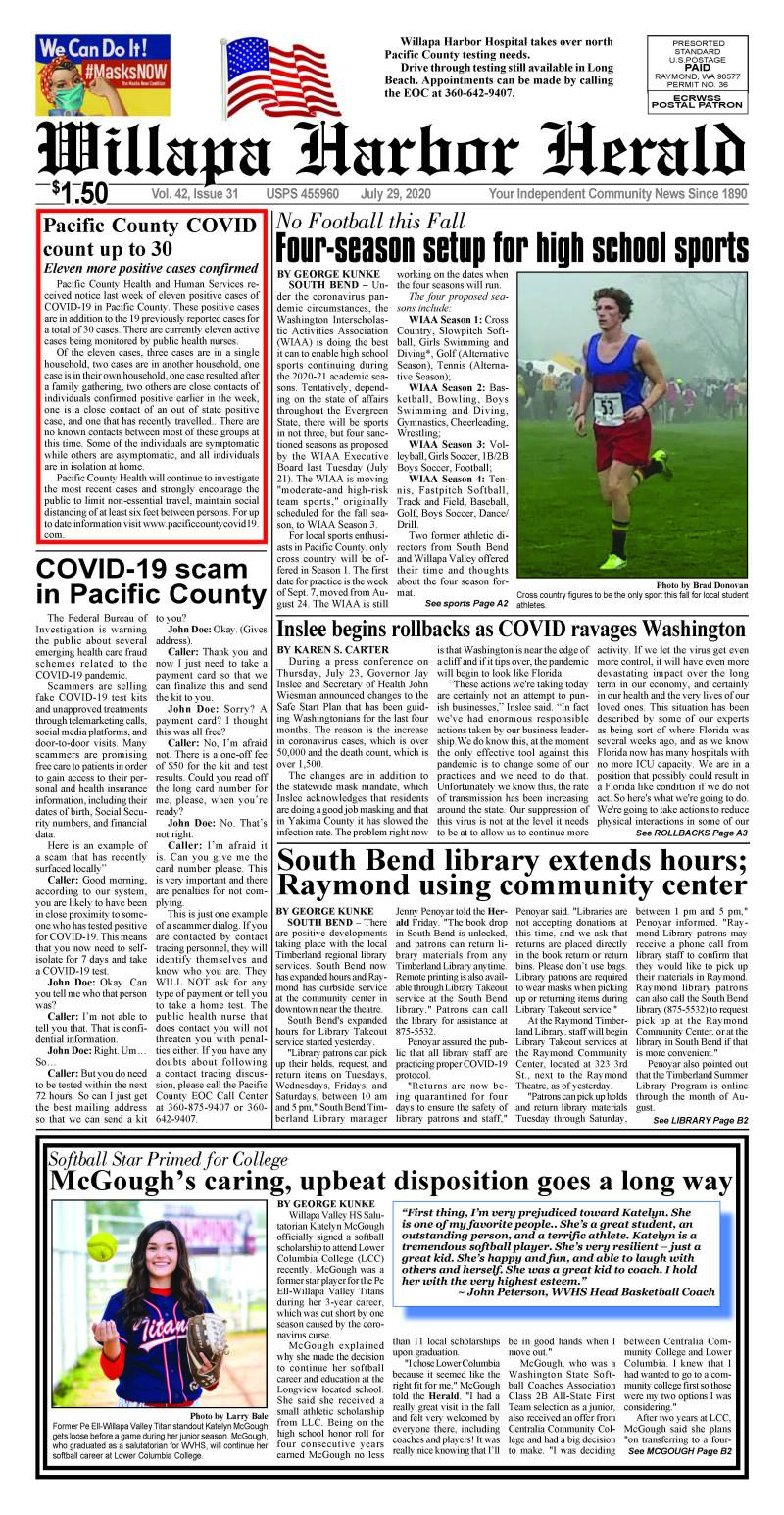