A veteran who served his country well 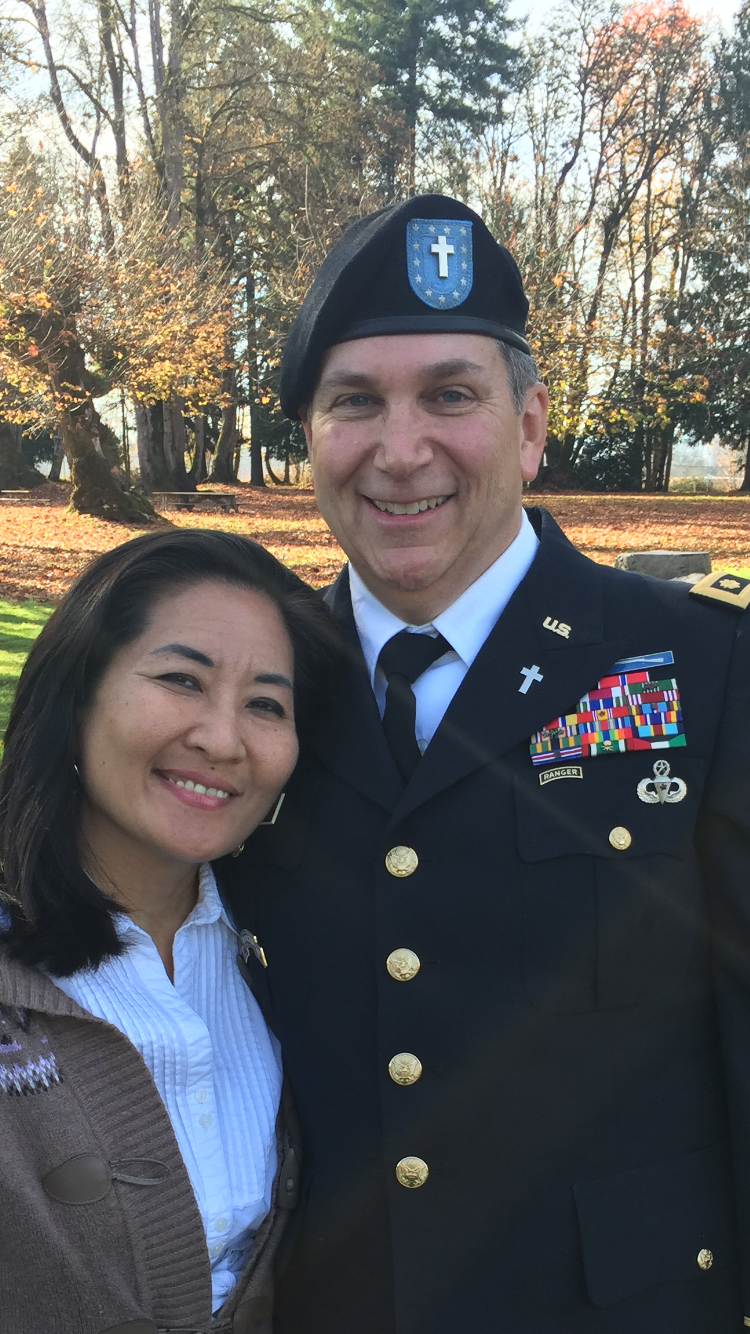 Scott joined the Army, where he stayed for 30 years. Scott's career started in the 1980s, he stated, "My career consisted of three chapters. The first chapter was that of an Airborne Ranger Infantryman, the second was as a Military Policeman in a combat support role, and the third was as a Chaplain serving in Ranger, Airborne, Support and Garrison roles. Chaplains honor the dead and care for the living. We also advise the commanders on issues pertaining to religious rights and morale. Each Chaplain also performs religious services of their specific faith and provides access to worship to soldiers of other faiths. I was also trained as an EMT to serve in our aid stations."

Decisions that go into joining the military are not always easy, for Scott he had family who were in and he felt the duty to serve. He continued, "I have always been drawn to the Military. My father served on a destroyer in the Navy, my grandfather served in the Army in WWI, and my grandfather's brother was killed while serving in the Army at the Battle of the Bulge in WWII."

As his career was winding down, Scott became a Chaplain, serving in a difficult role once again. Being a Chaplain means you are the ones to notify family, he stated, "The hardest part for me was being part of the casualty notification team. When any soldier is killed in combat or in peacetime, a notification team is sent to the next of kin consisting of a notification Officer/NCO and a Chaplain. We were the ones who knocked on the doors to give families the worst news of their lives. It is the right and proper thing to do for families and the Army does an excellent job at it, but it takes a heavy toll. Most soldiers and Chaplains agree that it's the worst assignment to perform in the military."

There is also a wonderful side to being a Chaplain, Scott continued, "Most Pastors or Priests don't have the opportunity to be with their flock at work or throughout the day. Army Chaplains are embedded with their units and share in everyday life. When you literally walk beside people through all the hardships and challenges it forges a unique bond."

One memory Scott has, actually is a memory to those who remember a man who served his country, even though he had a lucrative career. Scott stated, "After being a Chaplain for the Rangers, I was assigned to a support unit with the 25th Infantry Division. On my second deployment to Afghanistan my responsibility was not to the combat troops but to the support soldiers at Bagram Airbase including the Chapel. One of those units was Mortuary Affairs which processed all of the dead American and Enemy bodies. I spent a lot of time there because of the hardships they faced. One day an American casualty came in and I helped carry him from the helicopter. Knowing that he came from a Ranger unit I quickly deducted that it was Pat Tillman because of his physique and that his brother was accompanying him. We prepped his remains like any other soldier but it was harder since I knew his story of leaving the NFL to serve his country. It was also hard knowing that his wife was home, thinking everything was fine, but she would soon be receiving the worst news of her life. Because he is still in the news with his memorial run, every time a story about him popped up it became a triggering event for me. Fortunately, with some counseling from the VA, I was able to desensitize that memory from one of graphic sadness to one of an honoring legacy."

One of the things about the military is the family usually moves with their serviceman. Scott's family was no exception, he stated, "I married my wife Lawna while I was in Seminary. The first two chapters of my service were complete so she joined me for my third chapter. I served as a Chaplain for 15 years with her in which we moved 10 times and I was deployed for combat twice. The many moves were stressful, especially for my three children who had to regularly leave their schools and friends."

The military is a decision that most make right out of high school or college. It's a decision that one must not take lightly, Scott continued, "I recommend military service to young people if they are truly called to it. I do not sugar coat it at all. I explain the joys and the challenges of it and insist that they search their heart and ask God to reveal what their path should be. It is a wonderful place to mature, serve their country and earn an education and other benefits."

While serving in the military is a difficult decision, it is one that all of us are thankful for. Without our military, we would not be living with the freedom's we have today.