A glimpse into Winlock's egg history 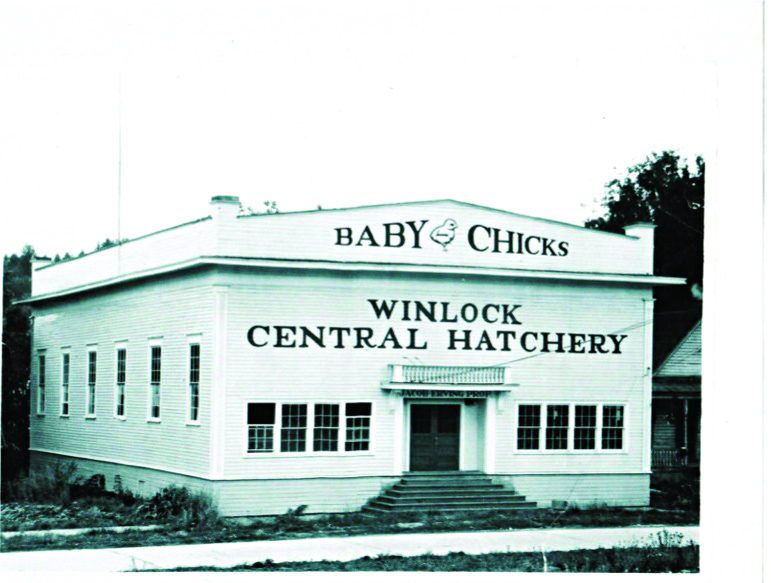 What was once the old W.A.A.C. (Winlock Athletic Club) building has also played a very important role in Winlock's history as a prime hub of the egg laying industry. For the past 32 years it has been owned by Janice and Dan Smith who have run their wholesale craft business, Craft INT out of it. You can find it at 307 NW Kerron St.

It was presumably built sometime in the 1800's. During it's time as the W.A.A.C., it served as a dance hall, the local gymnasium, and the gym for the school. At that time, the current school building did not include a gym of its own. The first Finnish settlers who came to Winlock built a clubhouse with a stage and "for two generations, it became the center of activities for all their social life. It was called the Finnish Hall. Plays, holiday festivities, wedding receptions and the center of their social life." Although it is not specified as to where or which building this Finnish Hall was, one can wonder if the Finnish Hall later became the W.A.A.C. It remained the W.A.A.C. until Leland Cattermole purchased the building in 1926.

Leland held it for a short time. He intended to make it into a modern funeral home but about this same time, the Veness Lumber Co. went out of business and Leland bought the Veness home and office and used that instead. It is now today, the present Cattermole Funeral Home.

Jacob Erving, who was to become one of Winlocks major poultryman, bought the W.A.A.C. building from Leland Cattermole in 1926 after his previous poultry house burned down in April of 1923. He lost all of his incubators and 4,000 hens. He decided to rebuild both, but instead of putting all of his eggs into one basket, he made them separate. The poultry house was built on the farm and he leased the west end of the Dueber building where his 40,000 capacity egg incubator would be. Just 3 years later, he purchased the W.A.A.C. building which then became Erving's Winlock Central Hatchery. Here, he added two more incubators which increased the capacity to 194,000. By 1952 it was the largest independant hatchery in the state turning out roughly 1,500,000 chicks annually.

A bit of history on Jacob Erving himself

Jacob and his wife, Impi Erving came to the United States in 1905, just 3 years after the first Finnish settlers arrived in Winlock, from their home in Laihia, Finland. Jacob came over first and worked for a time in Raymond in the shipyards. After a while, he sent for his wife and infant daughter, Taina.

It is said that Jacob was so lonesome for his family during his time working in the shipyards, that for the rest of his life, the sound of frogs in the spring gave him a very lonesome feeling as he used to hear them during his time in Raymond without his family.

They soon moved to Winlock and purchased a farm on 80 acres where they had their second child Laila. At the time, Winlock had a large amount of Finnish people and was affectionately called "Little Finland."

Jacob started out his poultry business after seeing that his industrious wife was making more money on chickens then he was in farming cows. He purchased a small incubator which was heated with a Kerosene lamp, and placed it in the spare bedroom. This built upon itself until he set up business in downtown Winlock and the rest, as they say, is history.