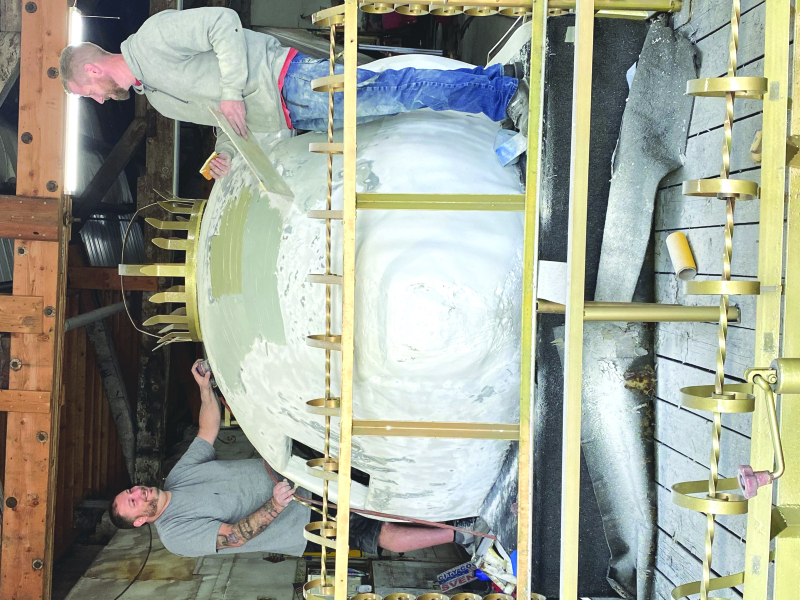 Winlock Egg Day 100th Anniversary was a huge success. The rumor had been there would be a lot of people, over 2000. People enjoyed the festivities and Winlock was busy. It was one of the largest crowds we have seen in many years.

Winlock Egg Day has now been in existence for 100 years and the crowd came out to show their support. The Egg Day Queen Josalyn Shephardson was selected Friday evening. Roy Richards posthumously was the Grand Marshall.

The Egg Day Car Show started the morning off. Once again, the car show was packed with cars on Front St. and the side roads. There were some beautiful cars, from roadsters to Camaro's to everything in between.

As soon as the parade started with the Winlock Fire Department, it was the beginning of a fun filled parade. Winlock Egg Day Queen Josalynn Shephardson, Grace Tover, and the Egg Day Royalty court are always at the beginning of the parade and today was no exception. There were over 60 entrees this year and the crowd enjoyed every minute.

The Winlock High School band performed for the crowd. It was a fun bunch to see. Winlock Dance Center won the first place award for the parade. As always, vintage Model A's were in the parade, this is always a wonderful group to see. Many attend most of the parades throughout the year and it is a blessing to see them at these events.

There were also elected officials who joined the parade. The 19th district's Senator Jeff Wilson drove his miniature tank and Representative Joel McEntire was walking with the Lewis County Back the Blue. There were no 20th district representatives or Senators, don't worry though, they will show up next year because it's an election year. Also in attendance were Commissioners Sean Swope, Gary Stamper and Lindsey Pollock. Commissioner Swope dressed as a chicken and many were happy to see the Commissioner taking part in the day. Lifetime resident Carol Wallin also dressed up as a chicken and enjoyed the festivities.

Misty Mayor, co-chair of the Winlock Egg Day Committee led the Winlock Egg Day Committee to success. She stated, "This was one of our best Egg Days! But I probably say that after every one of them I've had the honor to be a part of! LOL. However, this one was egg-stra special. After the last year we've all had, it felt good to stretch out, reconnect, and invite folks to come help us celebrate our Egg Day history. Thank you to all who helped make our 100th Anniversary (1921-2021) the success it was and to the folks who came to enjoy the day with us. The Egg Day Committee will start working on plans for next Egg Day in September. We welcome your feedback and your help."

Mayor Brandon Swenson, who drove the Egg Day float, was on hand throughout the day. It is the busiest day for Winlock and everyone enjoyed the day. Mayor Swenson stated, "I couldn't be more proud of how the community came together. All the hard work and effort that everyone involved put into this 100 year Anniversary made it one to remember." Riding the float was the Winlock Egg Day Royal Court: Mini Princess- Izabella Crow 7 years-old, Little Miss Princess- Alexis Davis 9 years-old, Petite Princess- Eva Ming 10 years-old, Jr. Princess - Grace Tover 12, and Queen- Josalynn Shepardson 16 years-old.

The evening was filled with live bands that gave us great entertainment until midnight. This year Dawn and Dan offered free rides home for those who did not want to risk the drive. The Winlock Police Department, Chief Valentine, Officers Jackson and Calcagno said they helped throughout the evening and truly appreciated their service to the community.

There was a lifetime resident who was 83 years old who stated he had never seen so many at Egg Day, I would have to agree.

Winlock Egg Day Committee, thank you from those of us who enjoyed a fantastic day, your hard work is appreciated.