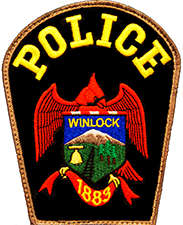 An adult and teenager are in custody after an attempted murder in Winlock Saturday evening.

The 20 year old victim, from Winlock, was waiting for a friend to pick her up near Winolequa Park in Winlock, Saturday evening, when she was shot in the back with a .22 caliber round. She was talking to the friend coming to pick her up, on a cell phone, when she was shot. The friend was close by when the shooting occurred and was able to transport her to Centralia Providence Hospital. She has since been treated and released.
Through investigation it was learned the shooter, Joseph M. Lowery, 20 of Winlock was the victim's ex-boyfriend. He had made threats of violence towards her in the recent past. On the day the shooting occurred, the victim had been at a mutual friend's house on Limmer Road, when she learned Lowery was on his way over.

She subsequently left the residence and called a friend to pick her up near the park. She was scared of Lowery and therefore went into the woods near the park, to wait for her friend.

A 16-year-old male, from Centralia, went along with Lowery, handed him a gun, and witnessed his friend shoot the victim. He was located around midnight at a residence on Sears Road and taken into custody and booked into the Lewis County Juvenile Detention Center for Attempted Murder 1st degree.

Lowery was located in the afternoon of the 19th behind his residence in the 200 block of NW Arden in Winlock. He admitted to shooting the victim because of an ongoing dispute.

Lowery was booked into the Lewis County Jail for Attempted Murder first-degree.