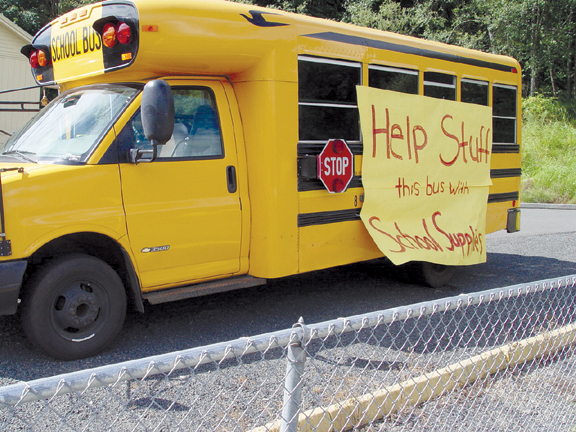 A school bus parked outside the Winlock School District Offices (311 NW Fir St.) is ready to be stuffed with donations of school supplies for students of all grades this week through Friday.

In a first-of-its-kind fundraiser, the Winlock School District is asking residents to help kick off the coming school year by filling a bus with donated school supplies.

Between Monday and Friday of this week, a school bus will be outside the District Office for the donation of backpacks, notebooks, pencils, markers, craft glue and a number of other school supplies appropriate for all grades.

Officials said this is the first time the district has organized a fundraiser asking residents to fill an entire bus and had been inspired from seeing other schools in the area have success with similar programs.

At the end of the week, hopefully after the bus is filled, it is expected the donations will be divided among the three schools in the district and given to students in need, which compromise more than half of students within the district when looking at numbers reported for free-and-reduced lunch program participants.