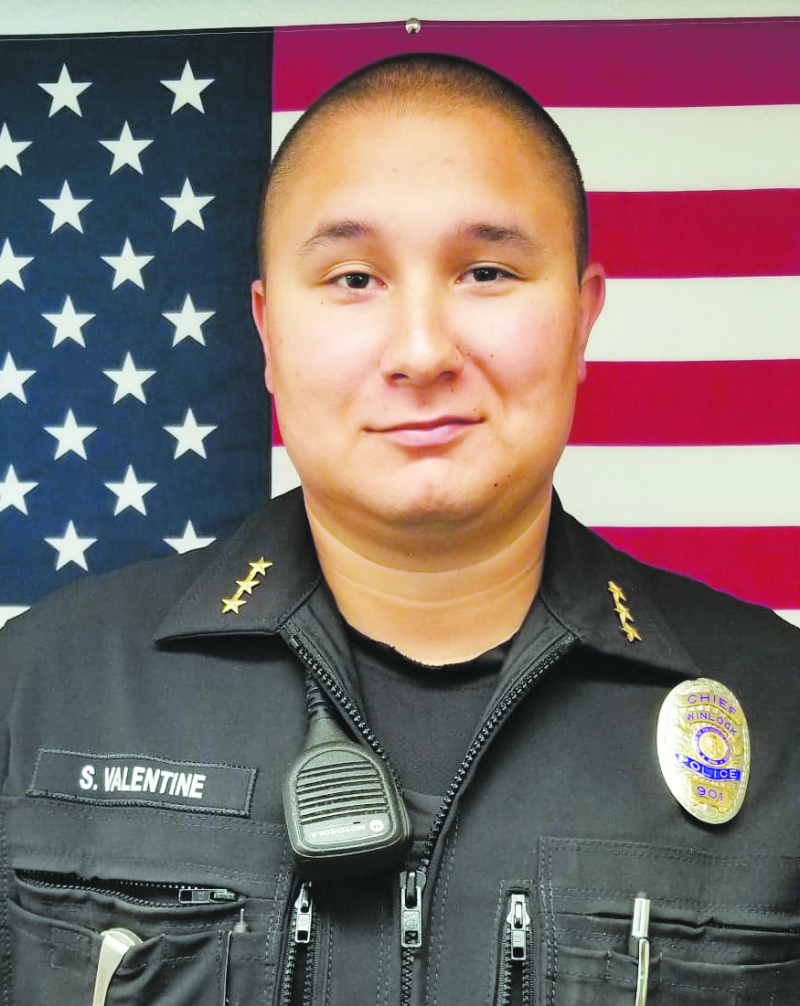 Winlock Mayor Don Bradshaw appointed a new Chief of Police with City Council approval on June 25, 2018. He has been introducing himself around the community and is answering calls that come in.

Chief Stephen Valentine started his training with the Quinault Nation Police Department in Grays Harbor, Washington. He attended his Federal Law Enforcement Training Center where he successfully completed the Land Management Police Training Academy. This is where he received his certification to become a Police Officer.

Chief Valentine graduated from Napavine High School and lives close to the Winlock city limits. "I am excited to be back in the area I grew up in. I've been enjoying my time and I look forward to serving the citizens of Winlock. As your new Police Chief, the quickest and best way to contact an officer is to call 911 for emergencies. For non emergency calls, please feel free to call (360) 740-1105. Winlock Police Department office hours vary, 911 dispatch services are available 24 hours a day, 7 days a week including holidays," per Chief Valentine.

A recent business owner, Suzanne Smith of Grinders Espresso had the opportunity to need our new Chief of Police. "He was kind, professional and considerate in his interaction with me. It was not that long after I called 911 that he was here. He had a very calming affect on me", stated Smith.

Welcome to Winlock Chief Valentine, we know you are here for the citizens and we look forward to your help in our small community.