Winlock Library loses an assistant, but gains a patron 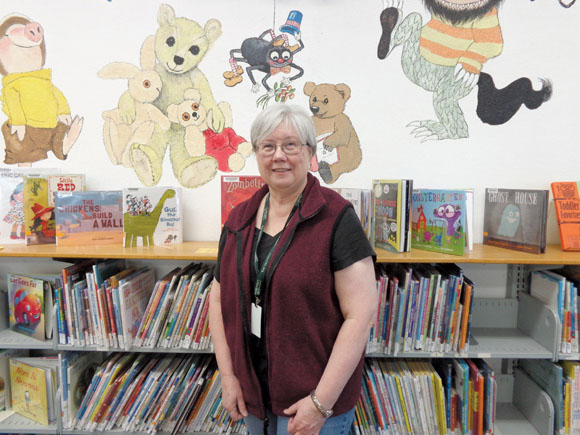 Library Assistant Barbara Lewis has retired from the Winlock Timberland Library after working 28 years since the 1970s, and said she plans to continue being regularly involved as a library patron.

Long-time library assistant Barbara Lewis has officially retired from her post at the Winlock Timberland Library, but says she by no means intents to be a stranger.

Having spent around 28 years working for the library, Lewis said she hopes to continue interacting with the community through the multitude of programs available at the library, while also filling her hankerings for a good book.

“I love books, so I’ll be in here often,” she said during her last official day on Saturday. “My dad and my grandmother both had a passion for reading, and it got passed on to me.”

Lewis had begun working for the library in the late 70s and took some time off to take care of newborn daughter Robyn Lewis before returning in the 80s. Then, in 1988, she took four years off to care for daughter Shannon Lewis, who was undergoing a heart and lung transplant to treat her atrioventricular septal defect. Though Shannon Lewis died in 1990, Barbara Lewis has been quick to praise the Winlock community for the outpouring of support they have shown for the Lewis family.

As her work at the library spanned four decades, Barbara Lewis said she has seen a number of radical changes both in how information is accessed and the availability of books themselves.

“It’s so different,” she said. “I’ve seen technology change so much.”

She said computers were first added to library services around 25 years ago, adding she has watched as software databases phased out card catalogues, to the point where some young people aren’t sure what card catalogue is, even when looking at one. Some sort of dresser was her granddaughter’s guess, said Barbara Lewis.

Another advent of modern conventions and technologies has been the ability to easily transfer books from one library network to another, so a patron in Winlock looking for a book only available in Hoboken, N.J., just needs to ask for an inter-library loan.

“We get things from everywhere,” said Library Manager Jamie Allwine of the program, describing one patron who was able to find what they needed from Library and Archives Canada (the Canadian equivalent of the Library of Congress).

And Barbara Lewis is planning to keep close ties with her former co-workers, not only through frequent visits to the library but also a monthly book review column for Town Crier with Library Associate Becky Standal (see page 2). She said she hopes to encourage the community to read regularly and take advantage of all the wonders books have to offer.

“Keep reading,” she said. “Reading will take you everywhere.”