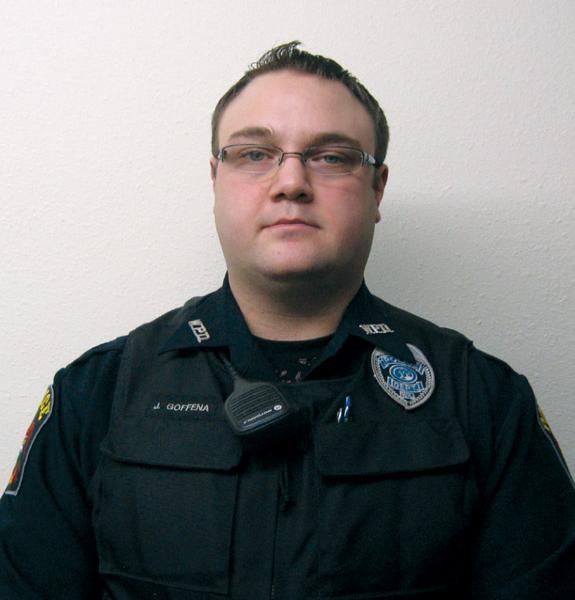 Officer Joshua Goffena was confirmed by the Winlock City Council Nov. 25 and has begun patrolling the city.

Winlock has added a new officer to its police department, who has begun patrolling the city after being confirmed by the City Council Nov. 25.

Officer Joshua Goffena was hired to fill a vacant full-time officer’s position left open since September and joins Winlock after serving in Anchorage, Alaska, for the last four years.

Goffena said his career in law enforcement was fostered by his own family’s history in the profession, stating his father had served as a Deputy US Marshal before retiring.

"I’ve always been drawn to law enforcement, because that’s what I grew up in," he said, stating he chose to serve in a city like Winlock because smaller towns afford officers a chance to be involved in all aspects of an investigation, not just the initial response.

"It can be much nicer to follow something through and see it from start to finish," he continued.

Goffena joins Police Chief Terry Williams as well as seven reserve officers in the department, some of whom have been serving since Winlock hosted a police academy earlier this year.

Williams said his department extends its welcome to Goffena and his family, and Goffena said he expects Washington will not keep him too far away from friends and relatives both in Alaska and the Lower 48.

When commenting on the recent weather in town, Goffena said he finds the local climate far preferable to the frigid, icy conditions in Anchorage, though this statement was made before temperatures began to drop well below freezing.