Vote of no confidence; charges filed against Mayor Bradshaw 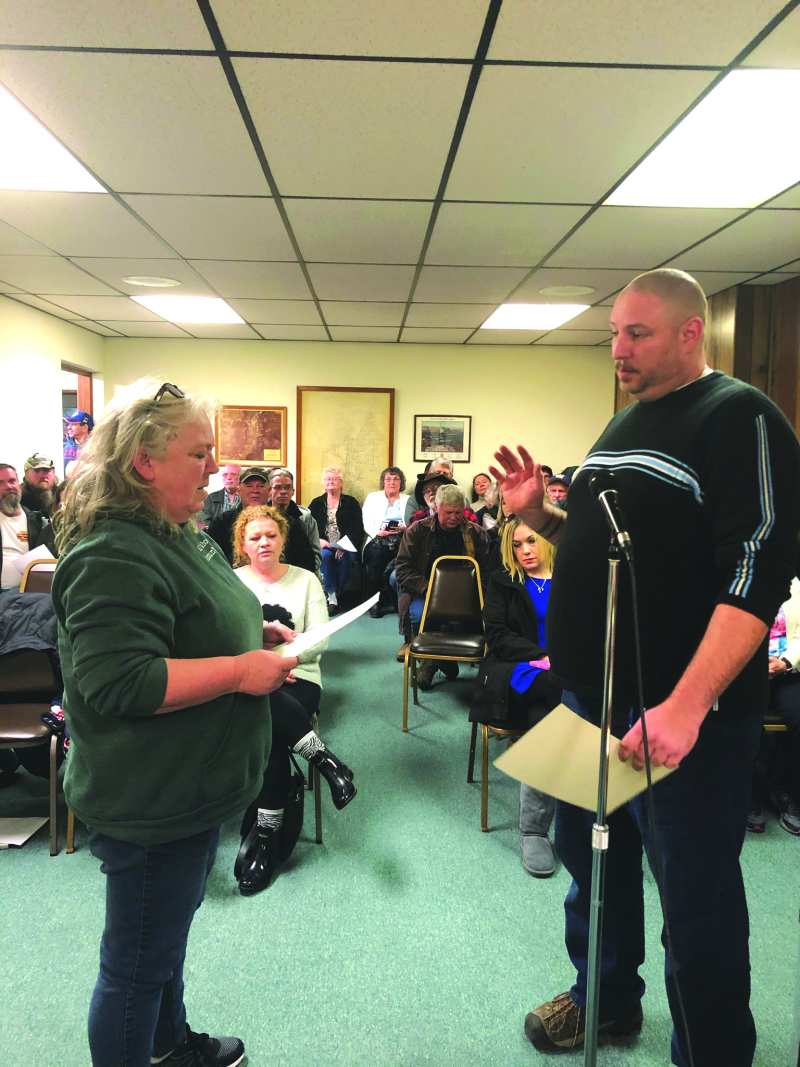 Winlock City Council met on Monday evening February 24 to discuss several issues. The city council has been trying to reverse several decisions that the previous council made, but the Mayor has been undermining this council at every turn. Mayor Donald L. Bradshaw was again absent from the council meeting for the third meeting in a row.

The first event of the evening was choosing a new city council member to replace Connie Sneed, who resigned. After questions were asked to the candidates, city council voted to appoint Jeramy Allman to Winlock City Council.

When it came time for the agenda item "temporary office help," the citizens found out that Theda Curry the Winlock City Clerk had a gross check for January over $14,000. Curry resigned on the record December 2019. When city council started questioning the legality of her re-appointment to the position by Mayor Bradshaw, Curry then filed a grievance against Anne Randt and Brandon Svenson.

Several citizens brought up that Curry has stated many times on the record that she does not get overtime. Curry charged the city 121 hours of overtime in one pay period and she is claiming another 145 hours in unpaid overtime. The amount she was paid equals $93 per hour, which is far above what she makes for overtime. City council directed city staff to investigate and get back with them for the next meeting. Temporary office help was denied.

It was also brought up that the police officer budget for January exceeded the amount projected in the 2020 budget. The amount paid for three officers in the month of January was $20,000, which far exceeded the per month amount in the budget of $13,000. It was discovered that the previous council hired a third officer who did not have enough officer field training hours. Therefore, the third officer could not be by himself while on duty, requiring the city to pay an officer overtime for training purposes. Per Chief Valentine, the field training officer hours have now been met as of the end of February.

Brandon Svenson stated, "We have been talking to the Teamsters quite a bit this year about the things Mayor Bradshaw has been doing, are the Teamsters aware that this is an illegal contract?" Penny Jo Haney, acting city clerk who was speaking for the Mayor stated, "they are aware a contract was signed." This is just one of many issues Mayor Bradshaw has caused with the Teamsters Union. Now the Winlock City Council must go through the eviction process if they want the officer removed from the apartment. Another expense to citizens.

At this point, attendees in the audience were speaking out, wanting to know what could be done to stop Mayor Bradshaw from illegal activities. Council Member Dowell stated, "What can we do against the Mayor, what can we do right now because he is not man enough to sit here, what can we do?"

Eric Contreas stated, "We have been in potential litigation since we have taken office." He referred to what Mayor Bradshaw has continued to do.

Dowell continued, "He wants to do everything behind our back and then ram it down our throats, he does understand, he doesn't get to do this."

Dowell made the motion for a vote of no confidence, Jeramy Allman seconded and the vote was unanimously passed. The Winlock City Council has "no confidence" in Mayor Bradshaw's ability to lead this city.

The city council then continued with the agenda. It was discovered that Mayor Bradshaw appointed members to the Winlock Planning Commission without council approval, which is against ordinance 1066. Another illegal action by Mayor Bradshaw.

Mayor Pro Tem Brandon Svenson stated, "After reviewing this ordinance, Mayor Bradshaw has illegally seated planning members without council approval. The city council will be correcting this, please provide all members applications and qualifications. We may need to advertise for new members. The council will see to it that all ordinances are followed by Mayor Bradshaw." Several members were appointed who were not qualified.

Several members of the audience were upset, they stated several times that Mayor Bradshaw must be stopped from doing illegal activity against the citizens and the city council. Mayor Pro Tem Svenson was left with no option, on Tuesday, February 25, 2020, he contacted the Winlock Police Department to file a report against Mayor Bradshaw for misconduct by a public official. RCW 42.20.20 states "Every officer or other person mentioned in RCW 42.20.070, who shall willfully disobey any provision of law regulating his or her official conduct in cases other than those specified in said section, shall be guilty of a gross misdemeanor." According to Svenson, he has reported Mayor Bradshaw for four different charges, three for violation of an ordinance, and one for signing a contract without council approval.

After Svenson filed the report, Chief of Police Stephen Valentine stated that "Charges have been filed and forwarded to the prosecuting attorney." Mayor Bradshaw has acted illegally and now the Winlock City Council members are seeking remedies to stop him. Mayor Bradshaw can also be charged for falsely executing a written instrument.

"I had no other option than to seek a legal remedy for the actions against Mayor Bradshaw. The citizens who attended the city council meeting asked that we send the illegal activity of the mayor to the Lewis County Prosecutor, this has been done. Our job as city council is to listen to the citizens. Unfortunately, Mayor Bradshaw left us with no other choice than to report his illegal actions to the proper authorities," said Svenson.

Since the police report has been filed there have been rumors that Mayor Bradshaw plans to resign.