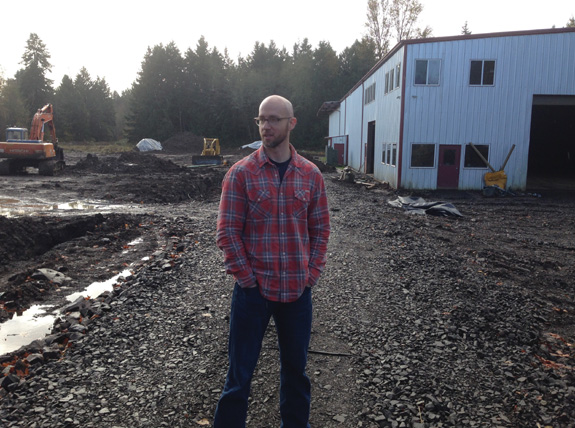 VADER - The city of Vader is looking to other Washington cities for clues on how to respond to requests to set up recreational marijuana facilities in their jurisdiction.

While some see opportunity, the majority of Vader residents are against having such a facility in their town and worry that establishing a “drug factory” would hurt its image as a family friendly place and could put it at odds with federal drug laws.

The city council held a public workshop on Saturday to share information, listen to opinions from voters and consider viable options. Suggestions included revising city ordinances to require all businesses to comply with local, state and federal laws.

Marijuana was legalized last year in Washington state for recreational use, yet remains illegal federally. The Washington State Liquor Control Board will begin processing applications and issuing licenses later this month for marijuana producers, processors and retailers. For more on I-502, visit www.liq.wa.gov.

Opportunistic business owners around the state are eager to set up facilities wherever permitted, but many small towns like Vader are uncomfortable with the whole marijuana business and are unprepared to deal with security expenses like police coverage.

“Good families might think otherwise about moving here if there is a drug factory in town,” said resident Shannon Olson. “If Vader doesn’t have clear policies in place, anybody can do this. We need to have regulations, zoning and special use laws to address this.”

Olson said Vader could copy Wenatchee and require any business to comply with all local, state and federal laws.

“Most of the tax revenues (from marijuana production) go to the state, but the burden of law enforcement goes to the city,” Olson said.

Brandon Milton, a Seattle businessman with industrial property in Vader, says he wants to convert his metal warehouse and scrap yard into an industrial recreational marijuana production facility.

Milton’s property lies within Vader city limits, just west of the railroad tracks and opposite the Little Crane Cafe. He purchased the property approximately nine years ago as cheap storage for his Seattle auto parts business Absolute German. The metal warehouse was built last year and remains mostly empty.

Milton said the idea for a growing facility came about recently and that he has no prior experience with marijuana production.

“Our image is not going to suffer from marijuana,” Milton said at the workshop. “This is an export industry. It’s a manufacturing facility, not a distributor.”

Milton mentioned that the Port of Willapa in Raymond is leasing out a vacant sawmill for industrial marijuana production. He said his facility would create “no odors, no wastewater, and a couple dozen jobs. It’s environmentally benign.”

Speakers at Saturday’s workshop expressed worries about the security of Milton’s warehouse, its proximity to Olequa Creek, and its proximity to public areas in Vader. According to the Liquor Control Board, retail stores cannot be within 1,000 feet of any schools, libraries, playgrounds, parks and public transit centers.

Milton’s warehouse is located across the railroad tracks and behind a grove of trees, yet it is within 1,000 feet of the post office and a bus stop, according to Google Maps.

“We have a playground at Werden Park,” said Councilman Kevin Flynn, adding that the Vader Assembly of God church also has a grassy lot that kids play in which may lie within the 1,000-foot radius required by the state.

Milton is proposing a production facility, not a retail location, so the proximity restriction may not apply.

Flynn said he is particularly concerned about this proposal because of Milton’s reputation and from his past relations with the city council. Flynn read out loud several online reviews of Milton and Absolute German, most of which were negative.

“We need someone with a good business reputation,” Flynn said.

The council did not vote during Saturday’s workshop and will hold a public hearing on this issue at their Nov. 5 regular meeting. Tuesday’s meeting begins at 6:30 p.m.