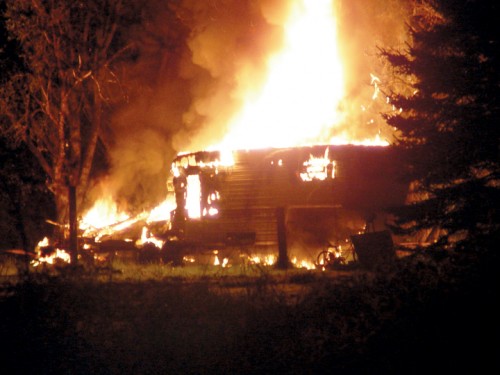 A fifth-wheel trailer was declared a total loss after firefighters responded to a blaze on the 200 block of N. Military Rd. in Winlock tonight, according to Lewis County Fire District 2.

District Chief Grant Wiltbank said the call came out at around 9:30 p.m. and was originally described as a structure fire, prompting mobilization of all available volunteers in the Winlock, Napavine, Toledo and Vader areas. SR 505 was temporarily closed to accommodate the large emergency response, with firefighters able to quickly bring the blaze under control.

Wiltbank said it was not immediately apparent what caused the fire, as no one had been in the trailer when it ignited, adding no environmental factors common to late April should contribute to combustion. No injuries were reported as a result of the fire and an estimate loss of property has yet to be released. 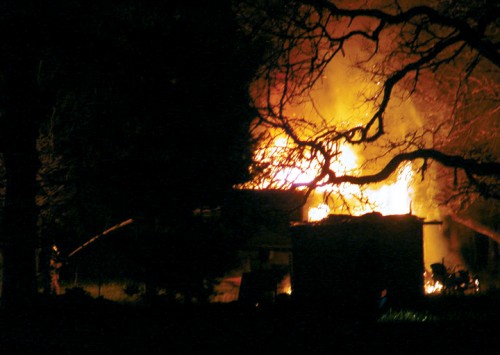 Firefighters begin tackling the blaze, which claimed the trailer and burned its way through many branches in a tree above. 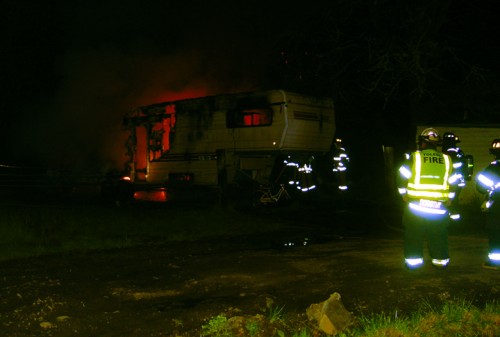 First responders examine the scene as the fire dies down. Most of the back end of the trailer had been burned away by the time the fire was contained.