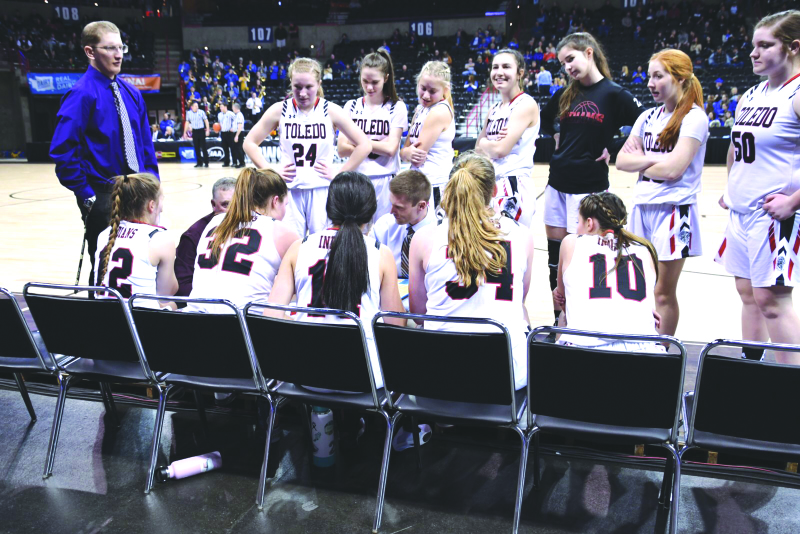 The Toledo Indian girls basketball team season came to an end, but not before they won a chance to play at state.

The final game was against Tri-Cities Prep, a private school, Toledo fell short by one win to bring home hardware. The score was 39-44, with the Jaguar's taking the lead in the first quarter in Spokane, Washington. The Indians ended their season with a 23-6 record, the first time going to State in over 10 years.

Toledo ended their regular season as the League Champions and took 3rd place at District which gave them the number 4 seat at State.

The girls beat Colfax during the first game at State with a score of 50-48 on Wednesday. Then they played Wahkiakum and lost 55-58 which then had them against the Tri Cities Prep.

Toledo has one senior, Schaplow who will not be returning next year. She ended her career with 13 points and 6 rebounds. Next year the majority of players will be returning and we know we will see them again at state next year.

Congratulations to the Toledo Indians for a well played season.