Toledo fights hard but loses 47-56, still moves on to state 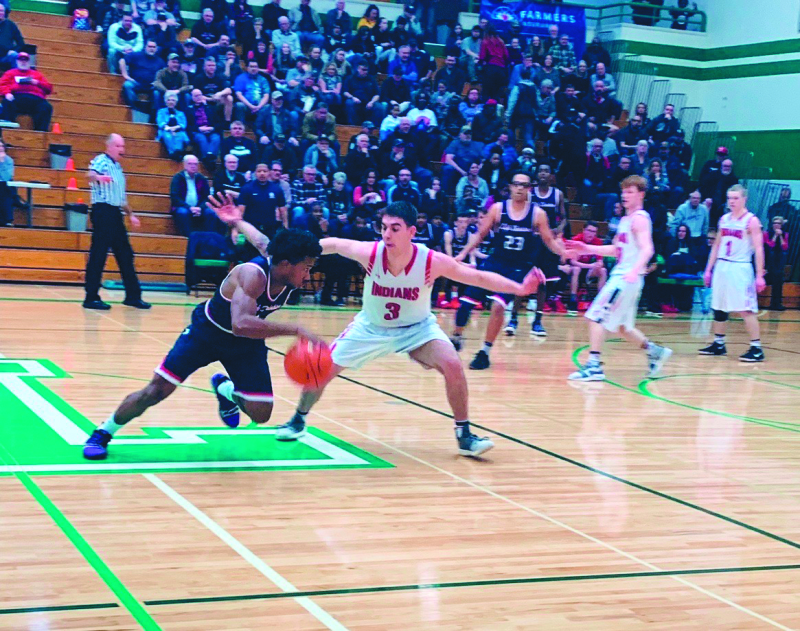 Last Saturday's game on February 23 at Tumwater High School, between the Toledo Indians and the Life Christian Academy Eagles, was well fought by the Indians. The final score not reflecting how good of a team the Indians are. Westin Wallace was a standout player with what seemed like endless rebounds, blocks, and 14 points. The Indians held the Eagles to their second lowest score of the season.

The Indians took an early second quarter lead with Brian Wood's spectacular 3-point shot. As the second quarter progressed Life Christian pulled ahead by 7 points. Bryce Marcil blocked a shot with 2 minutes left in the quarter invigorating the Indians and their fans. With the extra momentum from Marcil's block, Andreas Malunat closed out the quarter again, this time with two 3-pointers. Malunat's 3-pointers brought the Eagles lead down to three points going into halftime.

With a hard-fought game last Saturday, hopefully, Toledo will be playing with gusto at the State tournament starting February 27. Go Indians, we are rooting for you!!