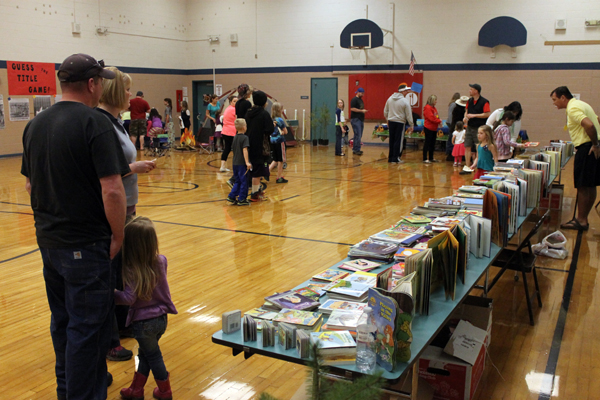 Kids and families explore some of the booths and free books available at Toledo Elementary School during Family Reading Night last Thursday. Organized by the PTO, the event was held for the second year in a row and featured free books and activities for children.

Despite a sunny evening drawing many families out of town, PTO President Semra Stanley said her group took this year to learn lessons from last spring's event, as well as develop more in-depth activities for the wide range of age groups attending.

Back "by popular demand," said Stanley, had been Cascade Search and Rescue with rescue K-9 Lince, while local performer Seth Martin again led camp songs at one of the reading stations.

"He's just so popular with the kids," said Stanley of Martin.

New this year were events for older kids as well as the younger, which Stanley said included more non-fiction entries in the stories kids were able to listen to, as well as opportunities for their own literary creations such as poetry.

School Principal Angela Bacon said, from what she had seen of the event, she was very pleased with both the turnout and the offerings of activities.

"The goal of this whole thing is to develop a love for reading and to put a book in [kids'] hands," she said, stating she was also encouraged to hear that students who were not able to attend that evening would still have the opportunity to be given a free book the following day at school.

"If you can read," she continued on the importance of literacy, "you can learn anything."

When reflecting on the success of the night, which brought around 100 kids, Stanley credited the hard work of PTO volunteers with helping make the event happen.

"We have great participation for this event," she said of the roughly-20 individuals who help put the reading night together.

For more information about the PTO and their upcoming events, or to help plan and support next year's Family Reading Night, contact Stanley at (360) 560-4200. 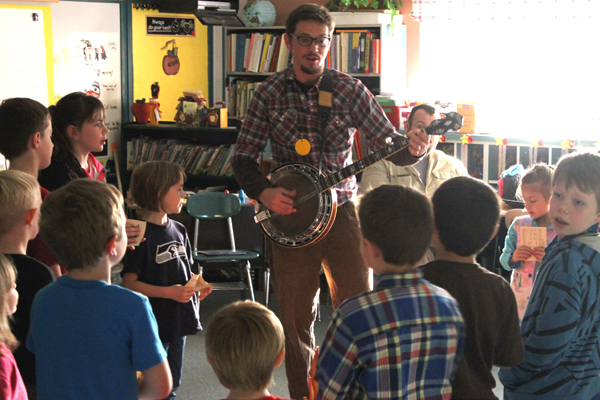 Local musician Seth Martin, a former staff member at the school, was able to return to lead camp songs with kids. 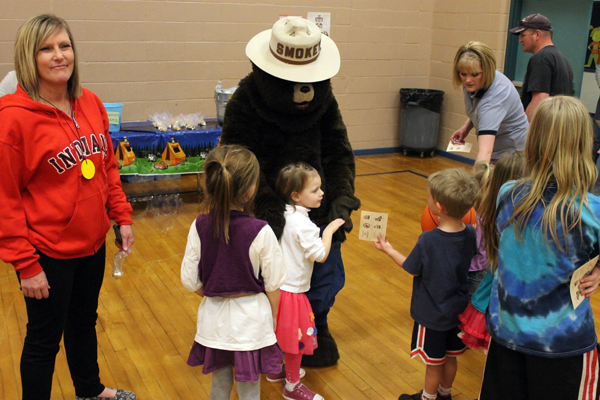 Smokey the Bear was a returning favorite to celebrate the camping theme of the evening, titled "Camp Read S'more."