Time to by your Buttons for the PC Fair 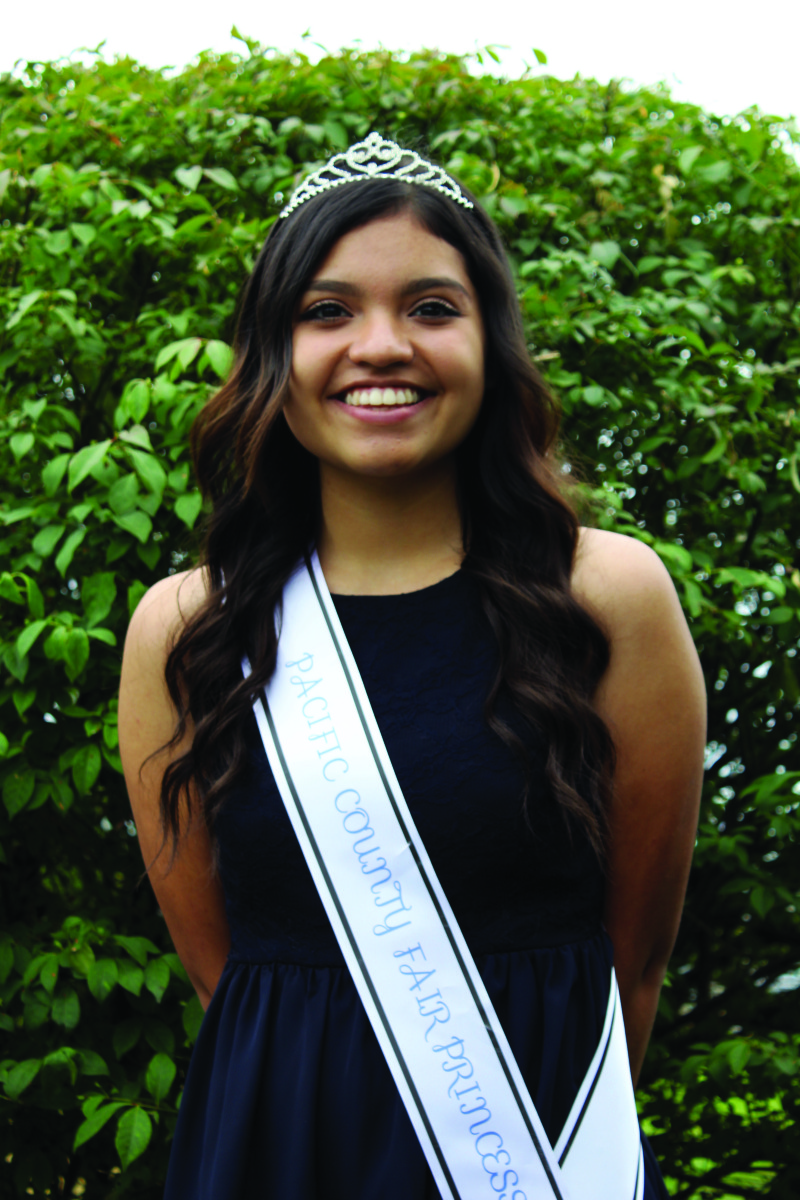 It is that time of year again when residents in the Harbor are thinking about the Pacific County Fair.

This year the race for Fair Queen may have already been decided with only one young lady stepping up to run for the position of Fair Queen.

Princess Sandra Sanchez is out and around town letting the community know that she will be running - and running unopposed, this year as a Fair Princess to become the 2015 Pacific County Fair Queen.

"It takes a lot of time to prepare for this campaign. I had to squeeze the fair court between volleyball camp and other summer activities," said Miss Sanchez
With the deadline for application this past May 30, it was rumored that six girls attempted to submit to be Princesses, but only one, Sanchez, was able to get everything together in within the timeline to be accepted as a candidate.

"It is more than just filling out an application," said Sanchez, "You have to write an essay and letters of reference as well."

Residents of the community may already see the button boards that are out in local businesses, another part of her duties as Princess is to help promote the Pacific Count Fair, and one of those ways is by pre-button sales.

"You can find Button-Boards at several locations in Raymond and South Bend like Vetters, Buds Lumber and the Daily Perk. I even have one at the County Annex Building and the Menlo Store."

The 16-year old and junior at South Bend High School next year has a varied array of hobbies, interests and is involved in several clubs and extra curricular activities.

"I really enjoy being with my family. What I really enjoy most is when we go to the beach and just sit around and talk," said Sanchez. But when she has time.

Sanchez is involved with the Big Brothers/Big Sisters organization, works with the seniors at the Willapa Harbor Care Center as well as being elected as the Junior Class President for the upcoming school year. She is also involved with key club, drama, pep club, Hispanic Latino club, is a peer helper and plays volleyball for the Indians.

"I really want to give back to the community and be more involved. Not only that, but I really enjoy meeting new people.

The outgoing young lady is making her rounds to local businesses making sure they are ready for the upcoming fair and checking on her button sales.

"I have already met so many people by going out and selling buttons and going to local meetings."

Sanchez is running the local circuit attending meetings with civic groups like the Elks and the American Legion, and with the help of last years Queen, Madeline Maden of Raymond, the special attention with only one princess this year will ensure that she is ready for her coronation during the fair in August.

As Sanchez looks into her future and what she anticipates she returns to the community that has been her life.

"Honestly, I want to give back. When I was 11 I was diagnosed with arthritis. Ever since then I have wanted to become a pediatric nurse. I want to give the children the same warm and happy feeling I felt when my health was not so good."

And it's the small town feel and life that she loves to promote.

"I really love how the small the fair really is...everyone knows everyone and I love how close our community gets."

So even though Sanchez will be running unopposed this year for the title of Pacific County Fair Queen, the community is encouraged to help support her and get a button that works as a daily pass to the fair for only $8.