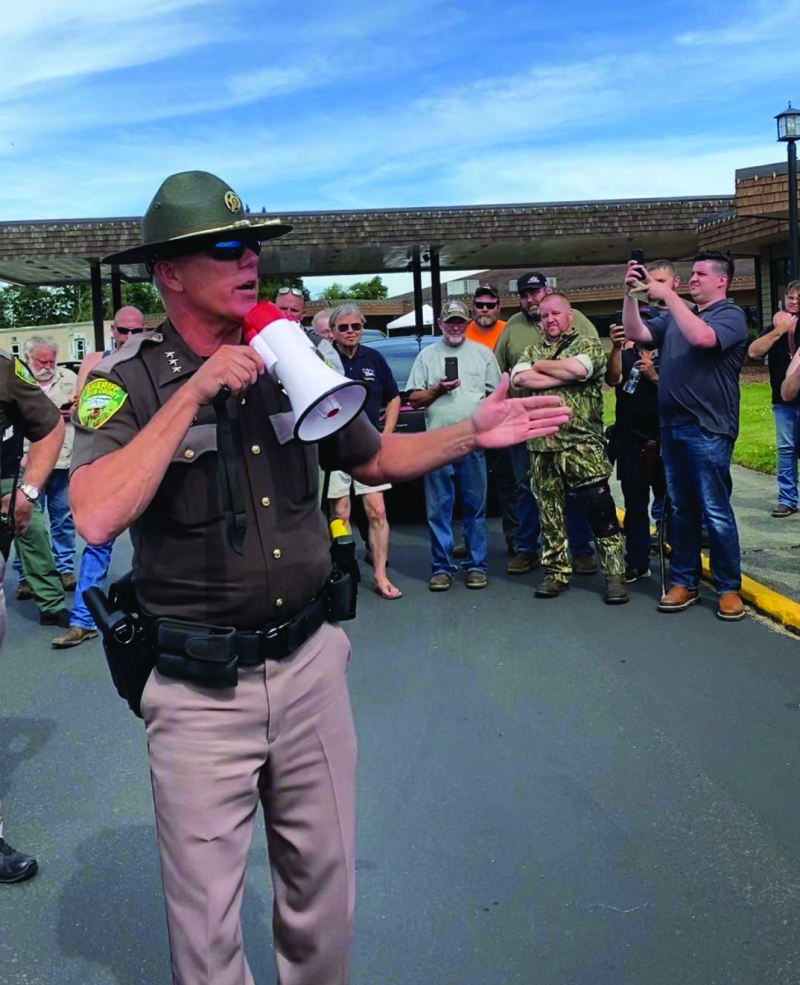 Sheriff Snaza made national headlines this week regarding Governor Inslee's new requirement that masks must be worn when social distancing isn't available.

Sheriff Snaza has always supported the residents of Lewis County who are free thinkers, as long as they stay within the law.

Governor Inslee and Secretary of Health John Wiesman announced that a statewide mandatory face covering will take effect on June 26, 2020. The fine for being caught without a face mask is up to 90 days in jail and a possible $1,000 fine.

On Tuesday evening, Sheriff Snaza addressed a crowd of Lewis County residents who were at Bethel Church to protect the Hamilton sign. The Sheriff stated, "In case you guys didn't hear, Governor Inslee, in his infinite wisdom, has decided after over 100 odd days, that we should all wear face masks, inside and out. Here's what I say, don't be sheep." The crowd erupted with applause.

Before long, the video was seen nationally. It was everywhere and social media made it go viral, but exactly what did Sheriff Snaza mean by that statement.
In speaking with Sheriff Rob Snaza the following day, he stated, "What I meant by that is, don't follow automatically. It is ok to question your government."

When asked about enforcing the new mask rule Sheriff Snaza stated, "our job is to educate first, we will look at each one as a case by case basis."

Yes, the speech made national headlines, but Sheriff Snaza is no different than most of the Sheriffs in more conservative counties. Clark County Sheriff Chuck Atkins sent out a press release. He stated, "instead of enforcement, we have taken a posture of education."

Thurston County Sheriff John Snaza statement read, "Due to the minor nature of this offense, and the possibility for a negative outcome during an enforcement encounter and various ways in which the order may be violated, it would be inappropriate for deputies to criminally enforce this mandate."

Even though Sheriff Snaza's statement "Don't be sheep" made national headlines, surrounding counties will be following Snaza's lead and exercise their right to educate their citizens.