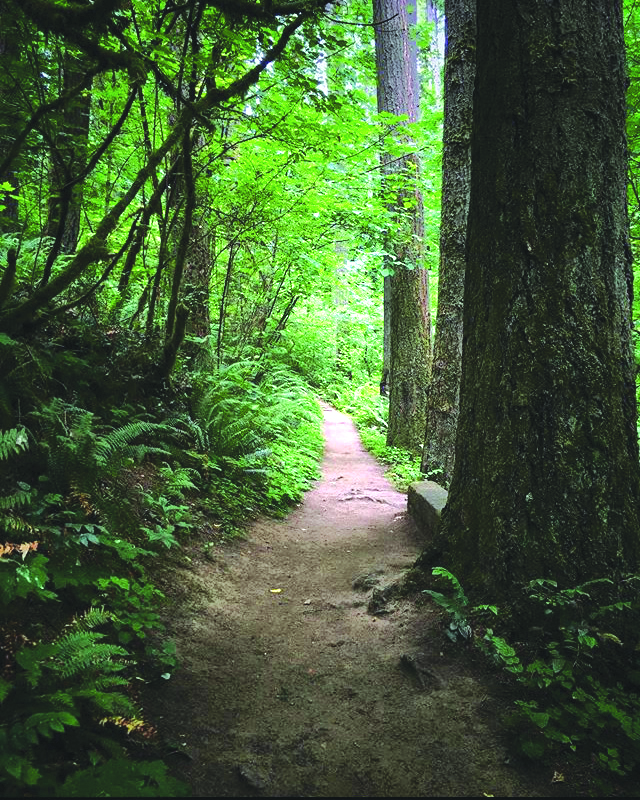 Many Centralians are familiar with Seminary Hill and its history. The hill and nature reserve are named for the large gothic style three story building which was built in 1889 atop the hill overlooking the town. It opened in 1890 and served as a non-denominational school which would prepare its students for college and have an emphasis on art and music. Just a few short years later, three to be exact, it closed its doors.

There is somewhat of a mystery surrounding it's closure aside from it happening during the economic collapse of 1883. Apparently, there was no trace of the school having occupied the building until much later. The building sat vacant until it reopened as Centralia General Hospital (Centralia's first hospital) in 1905. It sat vacant again from 1919 until the late 1930s when it was demolished to build the still standing National Guard Armory. In 2017 the Armory uncovered artifacts from the Seminary while working on a paving project. If you grew up in Centralia, you may have heard tales as a kid about the "haunted castle on the hill." The history and strangeness of the seminary's past, along with the armory itself which still stands, no doubt contributed to the idea of such a tale.

There is a place for parking and a beckoning trail head that starts off into the enchanted firs. Heading in, you are greeted by a sign with a descriptive map of the trails. The first part of the trail starts with a woodland staircase that looks something like out of an enchanted tale of elves and fairies or perhaps a location right out of a Tolkien novel. Going up you will see that you can take one of two directions. There are no wrong ways!

All ways will lead up past or behind the water reservoir. Once there, you will find a little bench to rest on along with a view of beautiful Centralia. (Though the trees have been somewhat obscuring in recent years) it is still a wonderful spot to rest and contemplate. All times of the year are good times to visit, but during the wetter months mud resistant shoes are advised. After a snow, the views and trails are positively magical and in the spring you will be met with so much green. Some trees that you will see are Douglas Fir, Western Red Cedar, Big Leaf Maple, Vine Maple and more. You will also notice plenty of ferns and in the spring, spots of the lovely white, three-leafed Trillium. Red berry and huckleberry as well as the very sour, oregon grape also grow under the canopy of trees.
These trails are steep in places, but not overly so. They provide just the right amount of challenge while still being very doable for most. Dogs are welcome and this walk is kid friendly. The trails and hill area are constantly maintained by a group of volunteers, Friends of Seminary Hill, who year round ensure the area is clean and safe for families and individuals to explore.

The natural area hosts activities throughout the year put on by the Friends of the Seminary Hill Natural Area. There are nature walks and childrens activities, as well as music in the park and poetry events. Brian Mittge, president of the Friends of Seminary Hill, enthusiastically talks about the annual work party that happens on the last Saturday before Earth Day in April.

"We get all ages here - middle school, elementary, folks in their 70's and 80's show up to these work parties," said Brian. One of the focuses on these clean ups, is to pull invasive species such as English Holly and ivy. Much progress has been made in ridding the hillside woods of the invasive ivy which will choke out native trees and other plants. "Large patches of ivy are now gone," said Brian. "The native ground cover is making a strong come back." There will be refreshments at these work parties. "Quiznos provides sandwiches and we will always have coffee and cookies."

The Seminary Natural Hill area came to be a reserve when in the 1970's the city was going to log the 70 acres of forest. It was saved however, by the thousands of signatures of people from the community who loved the sylvan hillside and wanted to protect it from being logged. Even though the city owns the natural area, the Friends of Seminary Hill maintain it. The city provides wood chips for the trails along with other tools and necessities to help maintain the hillside, while Friends of Seminary hill and other volunteers lovingly tend to the needs of the area, ensuring that it will be a safe and pleasant experience for visitors. Here is an excellent example of a cohesive community coming together to preserve this beautiful piece of land for generations to come.

For more about the old seminary, visit the Lewis County Historical Museum on facebook, or better yet in person in Chehalis. More on the natural area and yearly events can be found by looking up Seminary Hill on facebook and @goseminaryhill on Instagram.