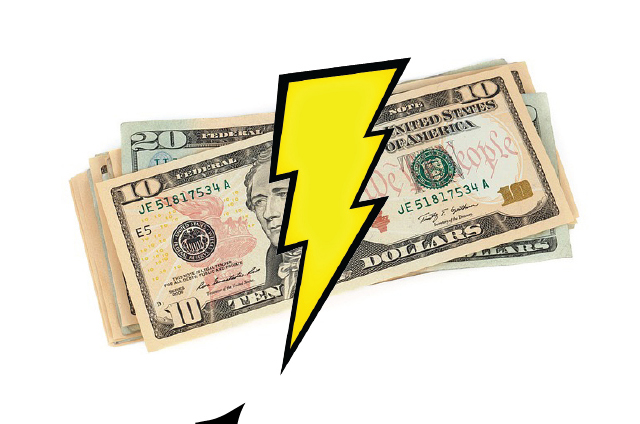 The Pacific County PUD met Tuesday, August 18 for a regular bi-monthly meeting. The meeting was facilitated in the Peninsula Operating Center in Long Beach, and the board of commissioners had a full compliment. The meeting began with the pledge of allegiance, and the board approved the minutes of the previous meeting. For the manager's report, General Manager Doug Miller introduced some reports that were selected from the Washington State Auditor's office accountability and financial statement auditor reports that were for the commissioners' to compare for a financial update later in the meeting. "Thanks to the accounting department for compiling the data and distributing this report," said Miller.

Another item was included in the manager's report; "Our utility submits a public utility credit application for low income assistance each year to the State of Washington Department of Revenue. This application, due by July 1, allows for a credit to our monthly public utility tax, utilizing the amount of billing discounts under our senior discount program," said Miller.

"There should be as much as $5,678.81 for the period of July 1, 2015 to June 30, 2016, according to the computation used in the application," Miller said. The actual number that was approved by the Department of Revenue was $6, 313.95, due to the fact that other utility districts do not necessarily have discount programs, and those potential funds are distributed to those that do have the program.

Miller added in that he received a letter notifying him that local government hourly billing rates will increase from $88.50 to $93.

"A response to the commissioners' request for a financial update was commissioned during our August 4 board meeting," said Miller, "Finance Manager Mark Hatfield provided a memorandum with specifics to GM Miller dated Monday August 17, 2015. The update covers actual numbers through June with projections for the last six months of this year."

Finance Manager Mark Hatfield stood up to present the financial update via PowerPoint. Hatfield went on to set the scene for how the 2015 budget is actually doing, explained what they budgeted previously and how they are currently doing compared to what they have budgeted. "We budgeted by this time in June, we would have $13,280,307 in operating revenues, what's actually happening is we're at $11,806,666. So that gives us an unfavorable variance of about a million," said Hatfield. The Finance Manager cited the problems to blame for the unfavorable variance, "We are behind in both residential sales and commercial sales," said Hatfield.

After Hatfield's financial update, the board approved seven service extension contracts, and then moved to the next item on the agenda.

"Certain items become unserviceable, worn out, obsolete over time and no longer of use to the district in our daily operations," said Miller. "The PUD is authorized to sell these pieces of property." The PUD's former meter reader half ton pickup that was purchased in 1999 has aged or accumulated enough mileage for the PUD to consider it obsolete, and so the board made a motion to surplus the pickup. "Rebecca Chaffee contacted the district last week to inquire about any surplus pickups," said Miller, "they have purchased a previous surplus vehicle from us and was satisfied with what she got. By surplusing the vehicle that we just did, the district has a vehicle that the port is willing to purchase for $1,500 including tax has been negotiated." The board approved the selling of the surplus truck and moved to the next item.

For the final item on the agenda, the board recognized Mark Bionion for his 31 plus years of service with our PUD, and approved his retirement from the PUD.
The next PUD meeting will be held on September 1 at the Willapa Operations Center in Raymond.