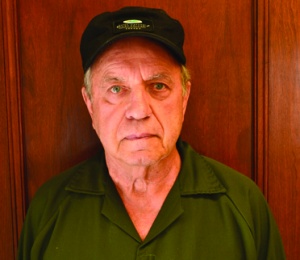 Candidates for the open port commissioner position are Arthur Zeigler and Todd Stephens. In conversation with each candidate they were asked what they will bring to the position and what they see as the current issues with the port and how they think they can influence change. The candidates are discussed in no specific order and the Willapa Harbor Herald is not endorsing one candidate over the other, as we are only providing a platform for them to speak to the public.

Arthur Zeigler, a 17-year Raymond resident, brought his family here by boat and has been utilizing the port as both a temporary residence and as a client for that time.

Traveling in from San Pablo Bay, California, Ziegler moored at the port until he found a home in Raymond, and started a business.

Zeigler is the owner of Ambrosia Technology, based at the Tokeland Marina and is seeking his first public service position.

“I have been associated with the port as a client for their services for the past 17 years feel that I have a lot of direct experience with the port and their needs,” said Zeigler.

“My focus will be on job creation,’ Ziegler said. “The state has given ports a mandate to create jobs and be an economic hub for the communities they support. With the loss of the ports largest employer, Halosource, it is important to get the port to 100 percent occupancy. If I have to travel to try and get additional clients into the Port, I will do that on my own dollar, if need be.”

Along with job creation and bringing in additional business to the area, the issue of dredging is also a concern.

“Dredging Tokeland and Bay Center, for the sea life harvesting is needed,” Ziegler said. “Boats cannot get out to harvest the valuable bounty in the local area. The last major dredging project was about ten years ago by the Corps of Engineers.

“The engineers tried to stabilize the area but were met with lawsuits and only completed half of the work,” Ziegler said. “People need to understand that wooden hull ships get infected with bugs, so we see both private and public infrastructure being infected, falling apart. Dredging in Tokeland has been stopped for the past two years.”

Zeigler states that he will take the issues of the public to the agencies that he feels are holding up the permitting of the dredging operations.

“If elected I will camp on the door steps of the agencies that are not allowing the dredging permits until they get the permits in line to start the work,” Ziegler said. “And I am willing to do this at my own expense.”

If left unattended, Zeigler feels that the harbor will be lost in 2-3 years.

“If left unattended it will have a domino effect into lost jobs, industry and livelihoods,” Ziegler said. “It will be at least a two-year project. And if not done the cost will be a lot more than the cost of conducting the project. The port is operational, but just barley, it needs to be fixed.”

Zeigler will take a pro-active approach to what he sees as current issues with the port, and is also willing to look into new markets that will bring in revenue.

“A major center for cannabis production,” Ziegler said. “The port, I see, has no alternative but to follow state law. Not allowing a facility to participate in a state facility would be against the law.

“I think we would be open to lawsuits if a facility wanted to come in and we tried to stop them,” Ziegler said. “But I would also want a provision that if it became a negative impact, that the lease would be terminated.”

Todd Stephens, a lifetime resident of Raymond, has spent several years in public service. A one-time member of the Raymond City Council, and he was a previous employee of the port for 13 years. During his time Stephens was the port representative for the North Pacific County Action team, worked with the estuary management group and has been very involved with port activities.

“I have known Art for several years, and do not oppose anything,” Stephens said. “I feel this campaign is more like two guys showing the public their resumes and letting them decide who would make the better representative for the district.

“But I do believe that what I bring to the table as a candidate is several years as a public servant and an elected representative,” Stephens said.

Stephens also sees his job as working toward the Ports mission, a multi-faceted mission that includes economic growth for the communities that the port supports, tourism and new industry.

“The port has lost a couple of big tenants, (and) they were stalwarts,” Stephens said. “And one of our biggest advantages, as a port, is affordable square footage. I am also on the Raymond Planning Commission, the port and the city work hand-in-hand, it all works together, which is nice, as they are not seen as separate entities.

“Asset management is one thing that was missing with the last commission,” Stephens said. “Understanding what assets you have and how to use them properly would be part of my focus.”

New industry in the form of the recent passage of Washington Initiative 502, the marijuana reform initiative, brings with it the possibility of new revenue streams and new technology.

“Pacific County voted for the initiative, what kind of representative would I be to place my moral values against that of what the public have already voted on,” Stephens said. “We have no idea what the industry is like. It is something that we will grow with, but there are a lot of regulations. It is an emerging industry and technology that we need to look at and be aware of.”

On dredging, Stephens looks at the maintenance of the areas that are of vital importance.

“The marinas are the bread and butter of the port, so we have to keep those areas dredged,” Stephens said. “It is an expensive proposition and a balance to keep your moorage rates affordable to keep the marinas full.

I am a good public servant, I give back where my education, training, and experience fit, and this fits,” Stephens said.

Voter pamphlets have been mailed out and the general election is Nov. 5. For a more specific look at candidates and ballots that are due to be voted on visit the Pacific County Auditors at www.co.pacific.wa.us/‎.