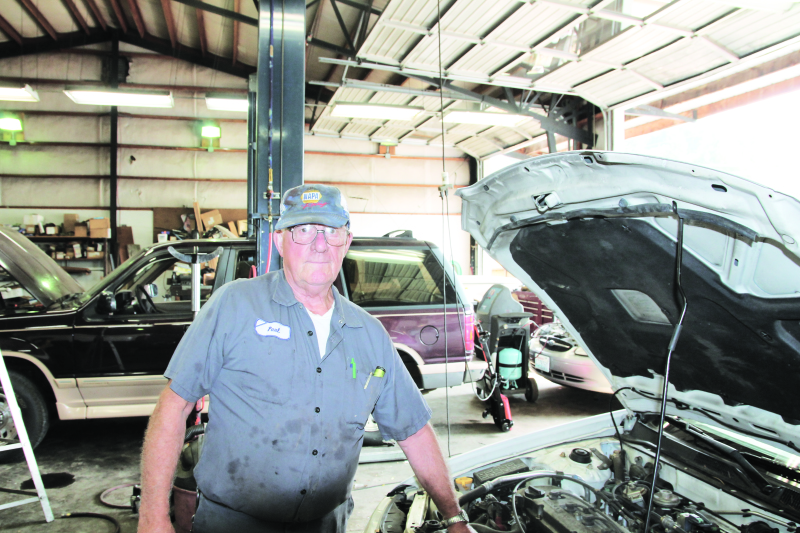 Paul's Automotive has been a part of the Winlock community for so many years it's an institution. Paul graduated from Winlock High School in 1961 and went into the military after graduating. He started in the automotive business with his brother in 1965, and he has been here every since.

When he began in the business, his brother Fred owned the Shell gas station (where Fred's Shell is now) and Paul served as the mechanic. Soon the pair added a tow service, and Paul was responsible for both mechanics and towing. After 25 years in the same location Paul built his own mechanic shop and he has been busy every day since.

Paul's family has been around Winlock for generations. If you know a Blum, chances are they are related. He is preparing his grandson to take over the business so that it stays in the family. Paul's grandson Josh, his son-in-law Jason, daughter Breanna (who is expecting a baby in December), and wife Shyrl all work at the shop. So no matter when you go there, there is always family to help you out. And once you walk into Paul's, you automatically feel like you are family.

If you have ever had the chance to talk to Paul, you know you are dealing with a very honest guy whose handshake still means something to him. If he gives you an estimate, you can bank on it being very close to actual cost. If he runs into something more being needed, he always calls and lets his customers know what is going on.

Whether it's a Chevy, Ford, or even a foreign car like a Volvo, Paul can work on it. Today he needs a computer to help him do his job. When Paul initially started in the business, he stated, "You could fix a car with a screwdriver or wrench."

Today, even though he uses a computer to help diagnosis problems, it's his vast knowledge of all cars that usually points him in the right direction.

If you haven't had the opportunity to meet Paul and his family, stop in. You will be surprised at how many cars they work on per week. And while you are there, mention hunting to Paul; Paul's regular customers know the first two weeks in October he goes moose hunting. He has been an avid hunter all of his life and is usually successful is getting his moose.

Next time you are in need of getting your car fixed, run down and talk with one of the guys at Paul's Automotive. You will be glad you did!!