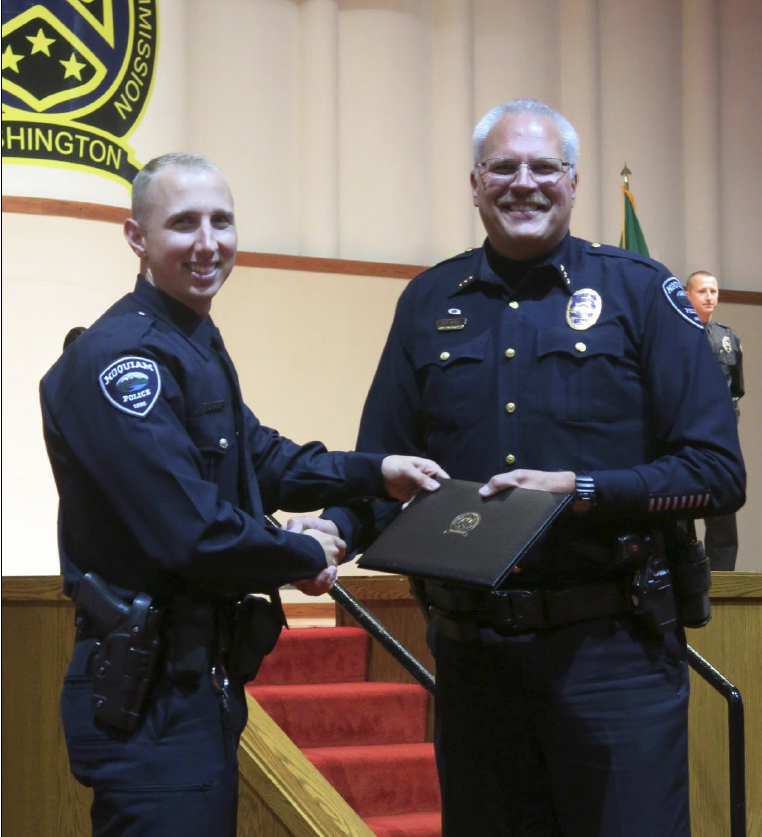 Officer Spaur and 28-other officers and deputies from around the state attended the 19-week academy administered by the Washington State Criminal Justice Training Commission. During the academy, Officer Spaur successfully completed over 720-hours of intensive law enforcement training and testing.

During the formal graduation ceremony, Officer Spaur's wife, Tabitha, pinned his badge on his uniform.

Officer Spaur will have one day-off before starting the 12-week Field Training and Evaluation Program on Thursday, July 2. While in field training, he will work and ride with different field training officers as he applies what he learned in the academy to working on the street.

"We are excited to have Officer Spaur back from the academy. We are looking forward to him continuing to serve the citizens of Hoquiam as a patrol officer for our department," said Hoquiam Police Chief Jeff Myers.