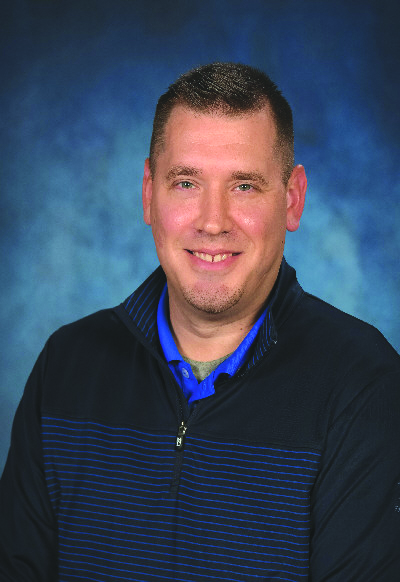 Winlock School District has hired a new athletic director. Nick Bamer took the role in the fall but he is not new to Winlock. With his new role, he has a lot on his plate and Winlock is excited to have him. With sports starting on February 1, he is very busy getting ready for a year of sports in just a few months.

Nick started his coaching career at Aberdeen High School. Then after that, he went to Adna for 2 years. After Adna, he made his way to Winlock, which was 5 years ago. Nick has been the Winlock High School Basketball Coach for the past 5 years and when the position of Athletic Director opened up, he applied.

Sitting down with Nick to talk about his new position, we wanted to know why he wanted to be the athletic director, Nick stated, "I was really blessed to end up at a school and community like Winlock when I was looking for a head boys' basketball coaching position. When the position was open they hadn't won a game in a couple of years and it was a really interesting challenge. I grew up in a small town and have always been drawn to small towns. I love the State B tourneys and the competition and coaching level within our Central League specifically. Once I dove into reenergizing the boys' basketball team I quickly came to realize in the time I spent at and around the school the more I wanted to be involved even more! Then, when the School decided last year to invest in our student athletes with a full-time athletic director I knew I had found my calling and was just so thankful I've been hired and given the opportunity to help grow all of our programs."

Nick has a lot of work to do, he hopes to bring great sports programs to Winlock, he continued, "So many things. First and foremost I want to help our coaches and students to establish and maintain healthy and competitive programs." He knows we have had challenges in the past, he stated, "We have challenges, just like every other community. Part of my mission is to eliminate excuses."

Nick has strong goals for himself and his programs. He continued, "Strong, healthy programs. Positive experiences for players, coaches, parents and fans. Bridging the gap between youth and school programs."

Nick is busy at work, the students just started practicing with games starting this coming week. The ability to organize and get students going during a pandemic is not an easy challenge, but it is one Nick Bamer will work hard and diligently for the students and the parents. Winlock is lucky to have someone who will work to bring out the best in every student.