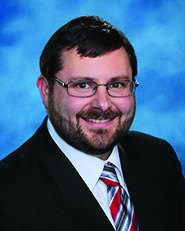 Representative of the 19th District J.D. Rossetti talked to the Herald in an interview that expressed his viewpoints on the economic development of his district.

The minimum wage is a topic that is always under debate in the Legislature. With the movements in the larger cities of Washintonton to increase the minimum wage, Rossetti is listening to his constituents on this topic. He feels that it is important to gather input from the stakeholders before taking a stand on this issue.

"So I think it is extremely important to listen to what all the stakeholders are saying," he said. "The Washington restaurant association has an idea for a graduated minimum wage. The problem that the restaurants are starting to see is that having a minimum wage in Seattle versus a different minimum wage in Tacoma versus a different one in Federal Way versus one out here where we are, is that it is really difficult on the restaurants and the business code because they are having to adjust every time they open a new restaurant within one of these new taxing districts."

By listening to the voters Rossetti feels that people want a consistent and equal minimum wage all across the state. There are several initiatives and referendums coming to the legislature as well as the movement to create a higher minimum wage and other proposals. Rossetti said "Those are written for specific people and they don't necessarily help the whole state of Washington. They have the best idea right now with looking at the graduated wage so eventually the whole state will have the same minimum wage."

Rossetti met with the Association of Washington Business (AWB) on Monday December 7. According to Rossetti the AWB are starting to soften on a minimum wage. "Meaning that they are becoming more willing to support a minimum wage, but they are not there yet," said Rossetti. "So what I told them is that I will continue to listen to what they have to say so keep me in the loop as discussions progress."

"So that way if it does come up in this next session then I know where everybody is at." Rossetti said.

Rossetti points out that one of the other important components to improving economic development in regards to business is to focus on one priority at a time.

He feels he can make a difference by putting his efforts into one issue rather than putting a little effort into several issues at once. "I think businesses are really concerned about going on to a minimum wage," he said. "Are we going to do paid sick leave? Are we going to do some of these other business reforms? They all have financial costs to them as doing business in the state of Washington. And what I've told the business community is that I said 'Let's focus on one. I'll commit to helping on one issue, whatever that is this next session, but I'm not going to focus on all of the issues.' And they said that was fair."

He also said "If there is one thing in this next session than it would be my priority of a minimum wage and a fix that everyone is happy with and I think maybe sick leave would be a good one for another couple of years down the road."

In a position to bring some of his plans for economic development to the Legislature, Rossetti thinks that in order to have success, you must support existing businesses already operating. "I toured the day before Thanksgiving, Pacific Hardwoods, right here in Raymond and South Bend actually," said Rossetti. "They have two facilities. We toured both. That's a company that started up just because they wanted to help the community. They're not out there to make a profit necessarily. It's a bunch of investors that live in the community and have seen how economically depressed it became and they wanted to provide more jobs for the community. And I support projects like that."

One way Rossetti mentioned to encourage small businesses in his district was reducing or eliminating the Business and Occupation Tax (B&O) for businesses that are earning $300,000 or less a year. He explained that in order to pay for this the tax incentives for businesses making more than $300,000 like corporations would be more difficult to obtain.

Marijuana as an industry
With the legalization of marijuana many new businesses have developed with the potential of boosting the economy. Rossetti says that a cautious approach is best when approaching the marijuan business. "It's still relatively new," Rossetti said. "So this is something that is going to be evolving over time. So that while it is great that the Port (of Willapa Bay) here have filled up all of their space and we have infrastructure investments coming. Those are great to see however we have law changes being created with the legislation last year that's going to change the whole medical marijuana market."

Rossetti mentioned that it seems that the marijuana market is creating a surplus of revenue when there has actually been a decrease in the profit margins caused by the Legislative changes and the legalization of Oregon's market.

"I think what will happen is that it will start to pick up again once all the medical marijuana starts being implemented into the 502 side of things," he said. "It's just so new, its really hard to say what type of economic impact that it will have."

Rossetti explained that while the positive economic impact of the marijuana market is expected to be positive, money also needs to be put towards mental health and addiction treatment programs for people suffering from addition. "Because we don't want this to be a burden on our communities," Rossetti stated. "There needs to be a balance. In all the years and years and years of the history with alcohol we can see that there are lots of issues that are always on going. So we are going to have to be very diligent, vigilant and watching what's happening with the marijuana."