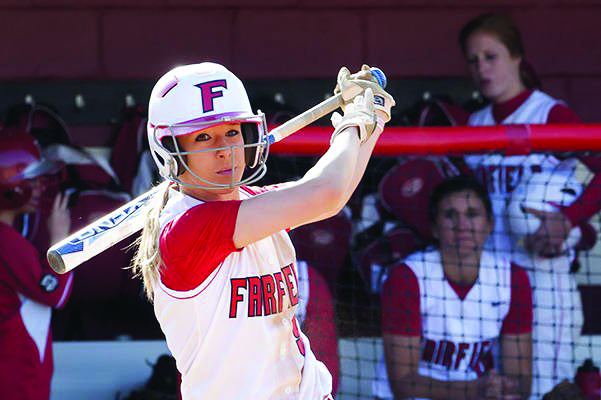 Winlock School District has hired a new fastpitch coach and her roots are deep in Winlock. Lauren Dumoulin is the new coach and she is well poised to get Winlock on the map. She may not have grown up here in South Lewis County, but she is a Lewis County girl.

Lauren graduated in 2010 from Centralia High School. She attended Fairfield University in Connecticut where she played fastpitch. She was made captain, playing positions shortstop and catcher. After 4 years in Connecticut, she moved to Seattle where she received her Masters in Teaching from Seattle University.

Finally, in 2016, she began her career. She taught at Cascade View Elementary for 4 years and was also the fastpitch coach at Mt. Si High School. In 2019, Lauren and her husband decided to move back to the area to be closer to her parents. Lauren's parents are Norm and Julie Liseth (Lakey), Julie was a graduate of Mt. St. Helens High School (Winlock), as was her Aunt Cheryl, Uncle Mike and Aunt Linda. Her grandparents were Dick and Eleanor Lakey. The Lakey's lived in Winlock for many years. Dick was the gentle giant while Eleanor could cook anything, and she cooked for the town throughout the years. Lauren came from a solid Winlock background.

Lauren teaches 3rd grade at Winlock Miller Elementary, along with being the fastpitch coach Lauren will bring experience to Winlock, she stated, "During my career, I have both played and coached with so many different people with such a vast array of knowledge of the game. I think I've learned from the best over the years. I hope that my experience playing and coaching will help develop both experienced players and those newer to the game into the best athletes they can be. I am very passionate about softball, and I think that my excitement about the game and desire to be successful will be helpful for our team."

Winlock School District Superintendent Garry Cameron announced her hiring, he stated, "Winlock School District is very excited to announce Lauren Dumoulin as Head Softball Coach at Winlock High School. Coach Dumoulin was previously the Head Softball Coach at Mount Si High School located in Snoqualmie, WA. While in the highly competitive KingCo 4A conference she led the team to three playoff appearances in 4 years. She is also a very accomplished softball player, she played four years of varsity at Centralia High School where she led her team to four WIAA state tournament appearances, and won the Evergreen 2A conference MVP twice. In college she played at Division I Fairfield University in Connecticut where she was the Metro-Atlantic Athletic Conference Rookie of the Year (2011), Player of the Year (2013) and was a Fairfield University Scholar-Athlete of the Year Award winner. She also has local ties with many family members who are Cardinal alumni. Go Cards!"

Lauren has goals for her new team, she continued, "First, I hope to build a team where we respect each other, work hard to build each other up, and strive to be our best. I think it will be important for us to set goals together, as a team, so that we are all invested in being successful with our goals. My goal is that our team makes improvements every day and compete hard in our league."

She also knows what it takes to be successful, she stated, "I think the most important thing in making our team successful is holding ourselves to high expectations. If we expect to get better every day, to work harder, to gain more valuable experience from every practice and game, and to win every single opportunity, then we will be as successful as we possibly can be."

Being as though her family is from Winlock, we asked why she decided to come to Winlock to teach and coach, she said, "When I had the opportunity to start working in Winlock, it made sense right away. My family is from Winlock, and it is a community that has always been part of me. I have loved having the chance to work with the kids of Winlock by teaching third grade, and now I am excited to also begin serving the softball players of this community as their coach." Her family wasn't just from Winlock, they were and still are a part of Winlock. Her Uncle Mike still lives here.

If you haven't had a chance to meet Lauren yet, take the time. She isn't just a great ball player, she is from one of the most loved families from the area. No doubt Lauren will help the Winlock High School Fastpitch team be successful, she has shown her competitiveness and sportsmanship in her high school and college years. Now as a coach, she is having the same success she did as a player.