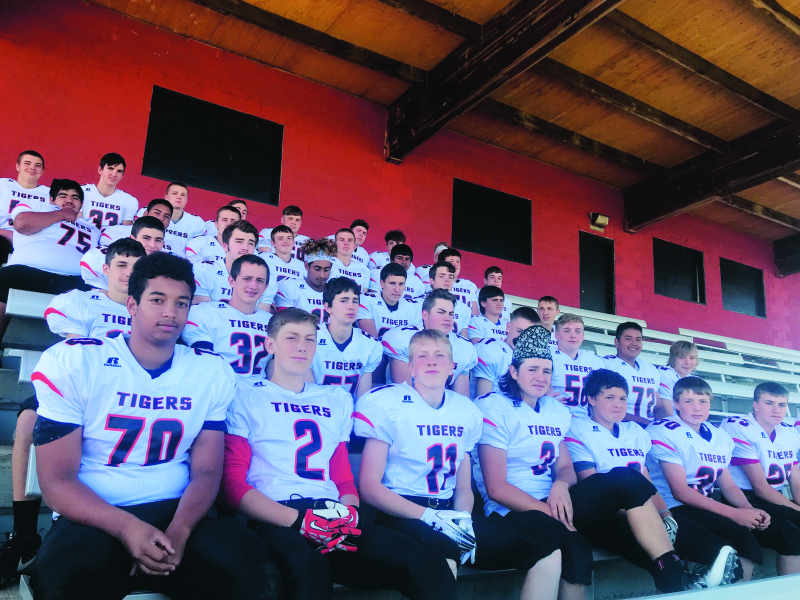 On November 31 anticipation filled the Napavine football players on their bus ride to the Tacoma Dome. Their worthy rival, Kalama would be a tough team to play.

The seniors had high expectations of themselves, Benjamin Woodrum's hands were shaking in the midst of his classes at the high school. The freshmen were eager to see what it would be like, their first year in high school and already visiting the Tacoma Dome.

The game kicked off, Kalama with the ball. Within the first quarter Laythan Demarest, a Napavine junior, had made a touchdown. The players rejoiced while Coach Josh Fay waited on the sidelines and instructed the boys.

By the second quarter, Woodrum had caught a hail mary pass. Tristen Ellison, another senior, was the kicker for the entire game. Kalama's football team was a strong, competitive force. It was about to be an interesting game.

In the midst of third quarter, Woodrum was able to make an interception. Frank Medina played defense, holding off Kalama for short periods of time. Jared McCollum, a senior, caught the ball and brought the score up to 19 points.

The last and final quarter had the entire crowd of Napavine football fans up and cheering for our team. The Napavine band played proudly in the background, the game dwindling down to only a few minutes. Despite the football team's best efforts, they lost by 9 points.

With a score of 25-34, Napavine had lost and placed second in the 2018 2B State Championships. The players were disappointed but showed great sportsmanship, thanking each Chinook player for their efforts. The Napavine student section cheered, "We are still proud of you!" The Napavine football team played their best and ended their season on a note of sportsmanship and respect.