Morton to hold gun rally against I-1639 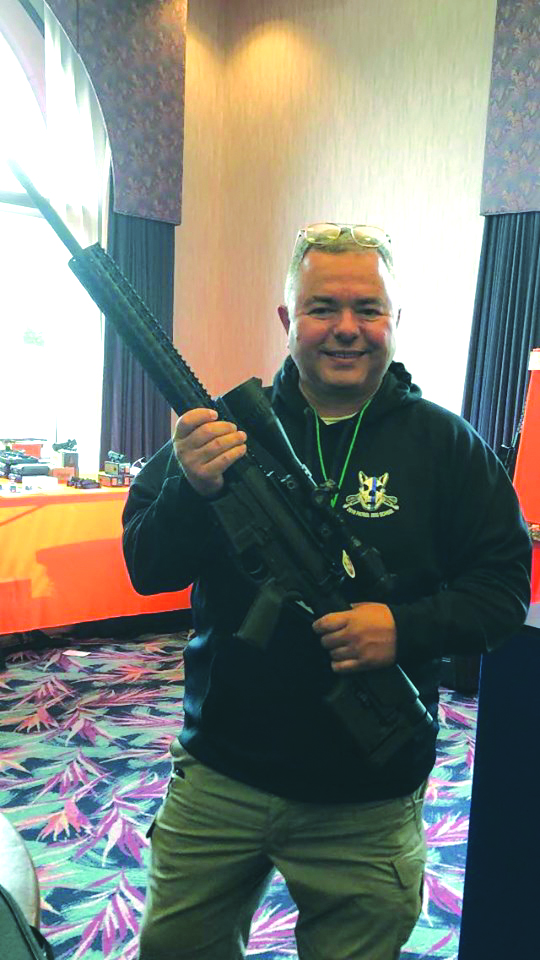 Governor candidate Loren Culp holding his elk hunting rifle that is illegal for an 18-21 year old to own.

We live in an area where most of us have guns and we have learned over the years how to handle guns safely. Now, Washington State has a new law, I-1639, which was passed in November of 2018. The new law has included issues relating to increasing public safety by implementing firearm safety measures, including requiring enhanced background checks, waiting periods, increased age requirements for semiautomatic assault rifles, and secure gun storage for all firearms.

Many in our area voted against this measure and now you have a chance to stand up against it.

On October 19 in Morton Washington at 10:00 a.m., the gun rally will begin against I-1639. Loren Culp, Chief of Police in Republic, Washington, who is also a candidate for Governor and Roger Morningstar, Morton Police Chief will be heading up the rally. Their hope is to bring attention to the unconstitutional gun law that was just passed.

Loren Culp is firm on his decision to stand up against I-1639. He was the first Chief of Police to state he would not enforce the new law. Chief Morningstar followed suit and on March 3, 2019 he stated he would not uphold 1-1639 because it violates the Washington State Constitution.

Loren Culp is excited about the rally, he stated, "There is no more important God given right than the protection of innocent life. Firearms are the great equalizer. I celebrate freedom daily and enjoy being around others who support the same things that I do and what better way to be around real working-hard playing-hard Americans than at a gun rally?"

Why did Chief Culp take a stand against I-1639? It wasn't about the gun, it was about the State Constitution. He stated, "A simple question from a citizen of Republic where I work as the Chief of Police the day after I-1639 passed 'will you start arresting 18-21-year-olds if you see them with a semi-automatic rifle?' That and my parents taught me at a young age about our founding documents and our freedoms. Answering that question to me was like breathing air. It was just natural. My answer was 'no, that would be a violation of their rights.'"

Culp does not feel any other officer in this state should support I-1639, he continued, "They should remember their oath of office to uphold and defend the Constitution of the United States and the Constitution of the State of Washington. WA Constitution Section 24 states, 'The right of the individual citizen to bear arms in defense of himself or the state shall not be impaired' ... 18-21-year-olds are citizens. The Constitution also states that IT IS THE SUPREME LAW OF THE LAND. You can't take away a constitutionally protected right with an initiative. It doesn't work that way. The Constitution tells the government what it can and can't do. We don't need permission to exercise our God-given right to free speech, peacefully assemble or feel safe against government intrusion into our homes. The Constitution restricts government, not free people. The Declaration of Independence states that the government was created to protect citizens' rights. Anyone who says that the Constitution doesn't protect semi-automatic rifles or handguns because they weren't invented when it was written should rethink that because computers, smartphones, and the internet weren't invented when the 1st Amendment was written either."

Chief Morningstar stated, "The Second Amendment is absolute. It's confirmed by our State Constitution. The state delegates saw fit to confirm the 2nd Amendment. The State of Washington Constitution states our rights can not be impaired. For 163 years it has not been challenged. In 1939 our state made it clear, it is lawful for citizens to carry a 'standard-issue military weapons.'" Chief Morningstar is upholding your constitutional rights, he is standing up for you, the legal gun owner.

Chief Morningstar is excited about the rally in Morton. "Morton is a great community," he said. "It is a constitutional aware community. We are small but we are mighty. The people who live in Morton or Mossyrock have the same rights as someone who lives in Seattle."

Chief Morningstar continued, "the rally is about a city that stood by us. The City of Morton signed a Proclamation in defense of the 2nd Amendment. We want to take a Proclamation to the Governor to show him that we don't want I-1639." Morton does not want it and many in surrounding communities do not want it either.

The measure passed last November prohibits young adults ages 18-20 from buying and possessing so-called 'semi-automatic assault rifles' and requiring people to show proof of taking a state-approved safety course before they can purchase any semi-auto rifle. It also puts a 10-day waiting period on the delivery of a semi-auto rifle.