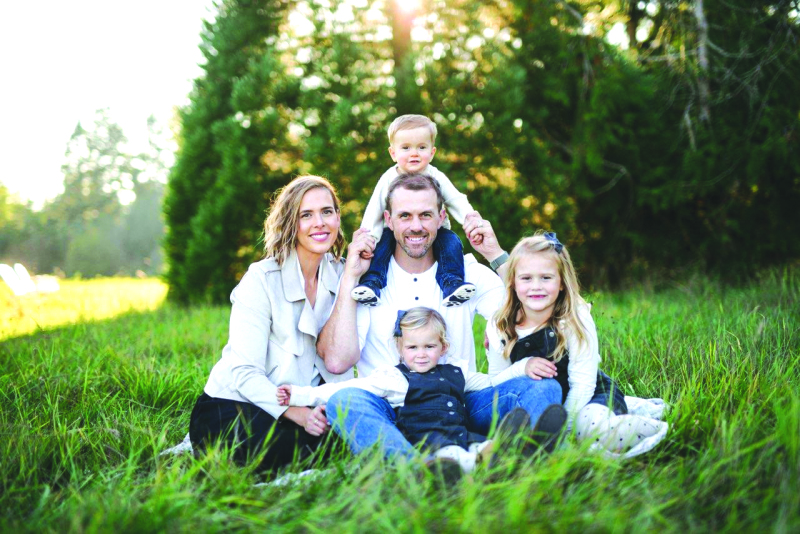 Sean graduated from Centralia High School in 1999, where he lived most of his young life. Sean was in youth ministry but eventually settled on marketing. Sean lived in Kirkland for 7 years, working with a doctor who specializes in natural living. It was one of the fastest-growing companies, their products are available in health and wellness stores as well as the internet.

After 7 years in Kirkland, Sean and his wife Suzi decided to move to Lewis County to raise their family. They have three children, Finley (age 6), Gracie (age 4), and SJ (age 1). Sean decided to run for Lewis County Commissioner because he wanted his kids to have a bright future, he wanted change for families.

Sean is very personable, easy to talk to, and has a lot of young energy. Sean stated, "Lewis County needs skilled labor and family-wage jobs. In order to keep our culture alive, it's key that wages support the rising cost of living for our area."

In his bid for county commissioner, he won against his opponent Edna Fund who was the incumbent. He understands the vote was for change, "many voted for me for change, I now have to show the citizens that I will bring the change they voted for."

He is enthusiastic about working with Dr. Lindsey Pollock, "Dr. Pollock brings years of business experience to the commission, her knowledge will be instrumental as we move forward." He is also looking forward to working with Gary Stamper, "Gary has been a county commissioner for two terms, his insight into how the commission works will be important for both Dr. Pollock and myself." Sean has also been meeting with the Commissioner Fund. "I have been working with Commissioner Fund on the transition and appreciate the time she is giving to make the transition smooth," Sean said. "She is a wealth of knowledge." As he transitions into his new role, he will be meeting with many at the county level and department heads.

One of the values Sean hopes to bring to the table is teamwork. While working in King County, the team was very close. "Teamwork assists everyone in setting and attaining goals," said Sean. "I want to help our team be successful and also those who work and live in the county. This is about smart growth for everyone, businesses, individuals, and families."

Sean is young with a family, he understands the cost of raising a family. He wants to see that families can afford the extra things and vacations, not just getting by. He stated, "I want to see families grow and prosper in Lewis County, the future of tomorrow is the young kids of today."

In his bid for county commissioner, Sean spoke with the citizens throughout his county. He would like to see this continue, "I work for the citizens, I want your feedback and your comments. The only way for the government to improve is for the citizens to stand up and ask the difficult questions. I want to have those difficult conversations."

Lewis County culture is unique, we enjoy the peace and quiet of small-town living. His goal is to keep the culture alive, Sean stated, "I enjoy Lewis County for all it has to offer, let's keep this beautiful county alive by showing others the family values we have."

Sean is young, energetic, and wants to help Lewis County grow. He has the goal to help everyone, not just a select few. His enthusiasm will propel him to do well for every citizen as well as businesses and community leaders. We will be watching him as he leads the county into the next era.