Local teen helps save toddler from drowning in Wallace Pond 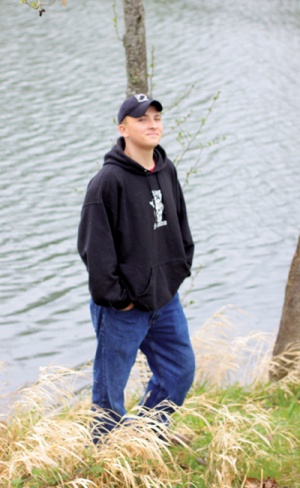 Toledo-area resident Forrest Swanson stands at the location where he helped retrieve a two-year-old out of Wallace Pond at South Lewis County Park April 2.

As warmer weather begins to emerge in the local area, a real-life word of warning came to light April 2
at Wallace Pond in Toledo.

Sixteen-year-old Forrest Swanson was fishing with his sister on her birthday adjacent to another family with three girls, a young boy and their grandfather. Swanson, a Toledo High School student, noticed the young boy was getting pretty rambunctious.

"His sister was trying to get him to go back and sit near his dad," he said. "He was on the dock and then ran along the shore and all of a sudden he was in."

Swanson, who has spent plenty of time at the pond, said he has swum from shore to shore in the small body of water and knows how cold and deep it is.

"My instinct was to jump, run over and grab him," recalled Swanson. "I took off my sweatshirt and went in."

In the meantime, grandpa was up to his waist, struggling to retrieve the child.

"I was up to my knees and we each had one of his arms pulling him in," continued Swanson. "He was totally submerged for a second and then I made efforts to warm him up.

He helped remove the boy's wet clothes and replaced them with the sweatshirt he removed before going in the water.

The boy was cold and scared, but was uninjured according to Swanson. Swanson’s mother said they never did get the other family’s name. 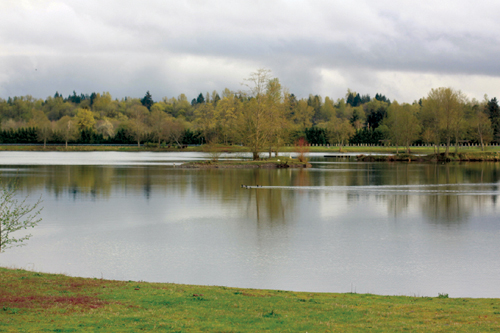 Wallace Pond, located at South Lewis County Park, is a common site for recreationalists and anglers, especially as fair weather begins to shine on the Toledo area. But activities at the park are unsupervised by county staff, so it was fortunate residents like Forrest Swanson were around when a toddler fell into the water April 2.