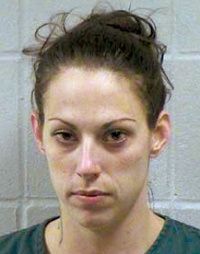 Though captured by Toledo PD after appearing in Lewis County’s Most Wanted Jan. 30, Michelle L. Price, 31, of Toledo, is being sought by Lewis County District Court on a $5,100 warrant after failing to appear for a charge of assault, fourth degree/domestic violence. Her last known address is on the 600 block of Spencer Rd.