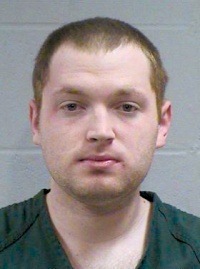 This week’s suspect is Alex P. MacKenzie, 25, of Toledo, who is wanted by Lewis County on $7,100 in warrants after failing to appear for charges of DUI and indecent exposure. He is also wanted by the Longview Police Department on a no-bail warrant for driving while license suspended as well as Thurston County on a $2,000 warrant for failing to appear for a charge of DWI. His last known address is on the 100 block of Roberts Ln.