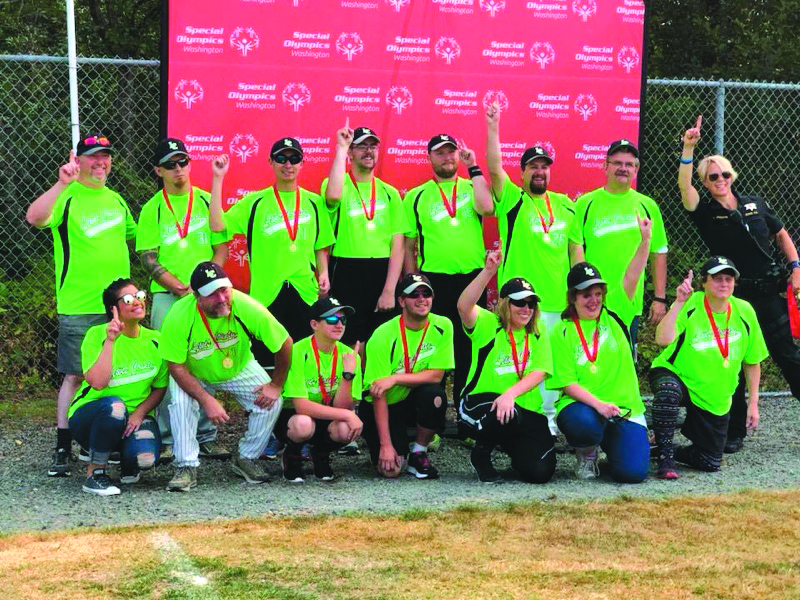 The opening ceremonies were on a Friday evening, it is exactly what you see in the Olympics. The participants get to march with their teams during the opening. The excitement in their faces brings joy to everyone in the audience.

Jo Hepner, grandmother of one of the participants stated,"These kids are tremendous; win, lose or draw they are happy for them. They are the happiest kids in the world, if only everyone could be like them."

Bobby Hepner told his grandmother Jo during the game, "I prayed that we would win." and his prayers were answered, win they did!

Congratulations to the Lewis County Mariners for their hard work.