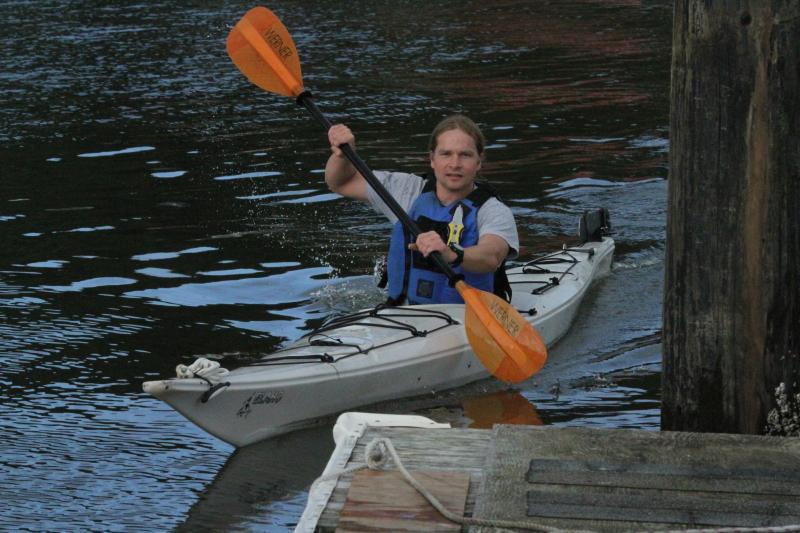 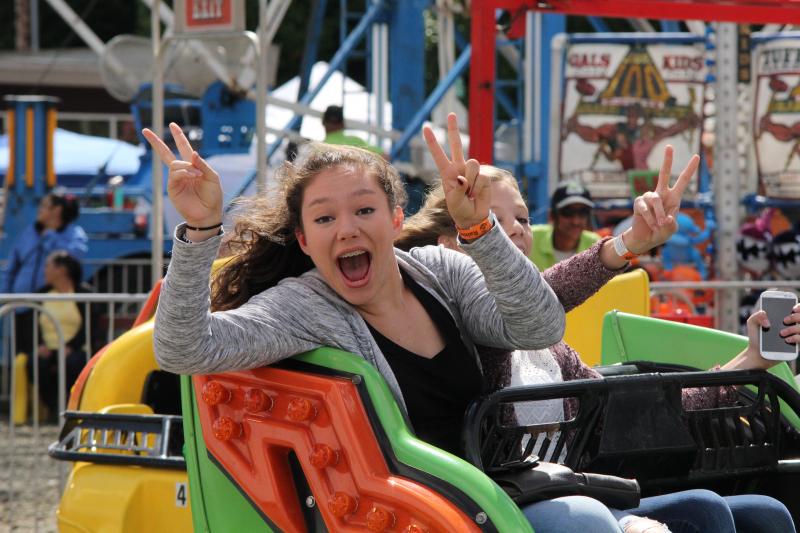 The first run of the carnival rides was a hit with both young and old at this years Come and Play on Labor Day celebration. 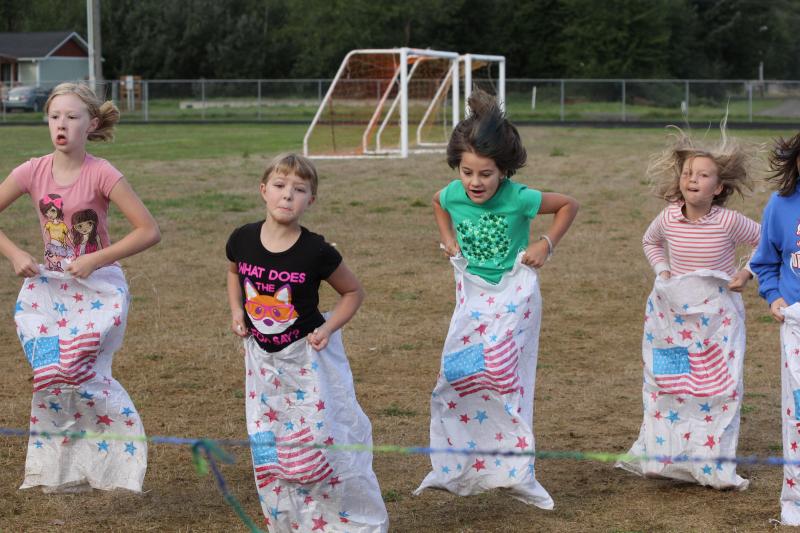 Over at the South Bend High School kids took over a patch of the field and ran several footraces including a sack and piggy-back race. 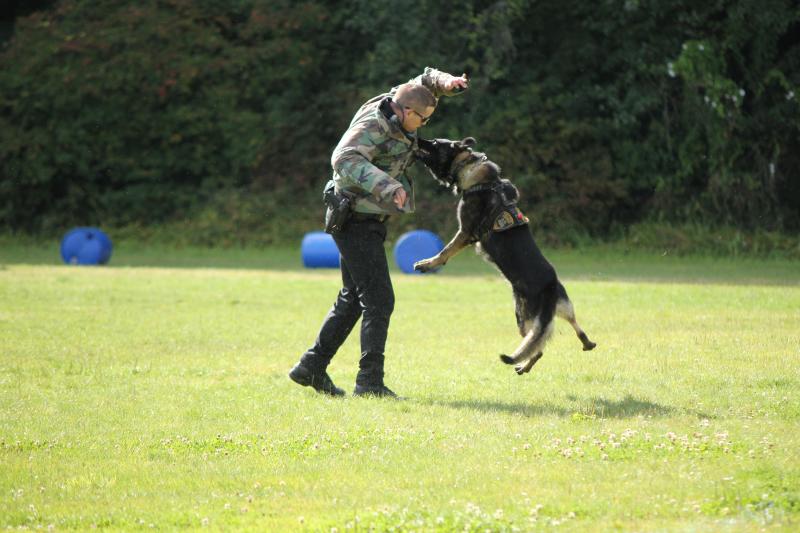 Pacific County Sheriff’s apprehension K-9 Ciko put on a demonstration for the families after the Kid races at the high school. 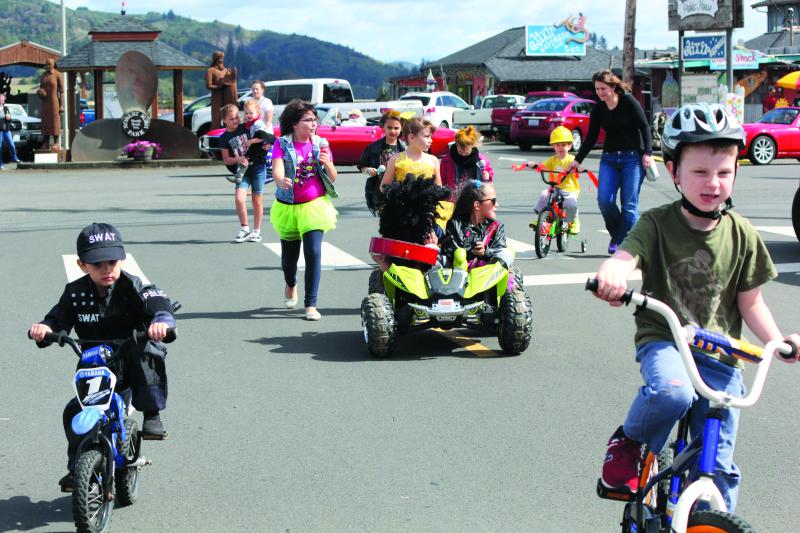 The Kid Parade was short but brought out several kids dressed in costume for the “Oyster Rocker Feller” theme. 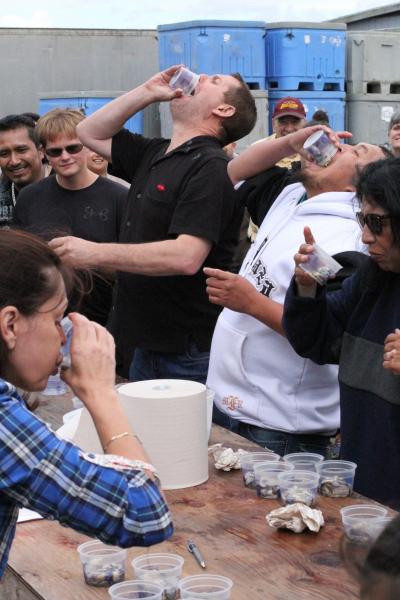 With oysters the theme you cannot get away from the Oyster Eating Contest. The current King – Brian Blake downed 30 oysters in 13 seconds. 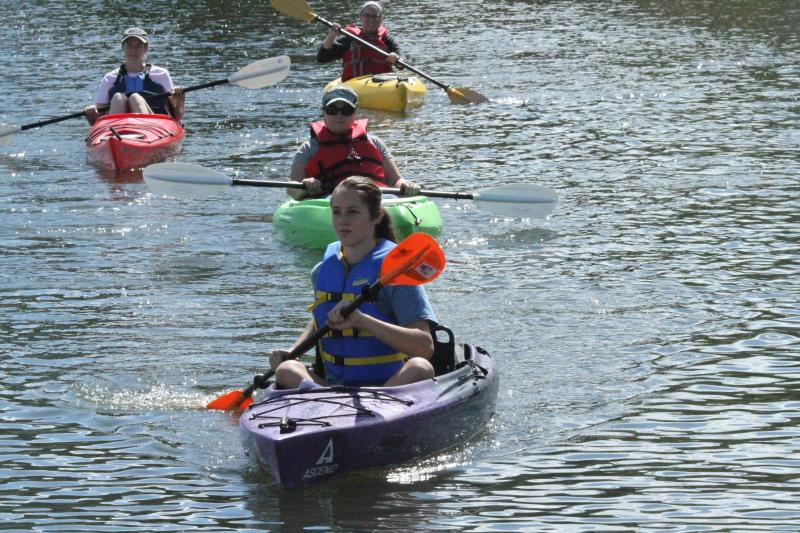 One of the final events – the Poker Paddle, was well attended. 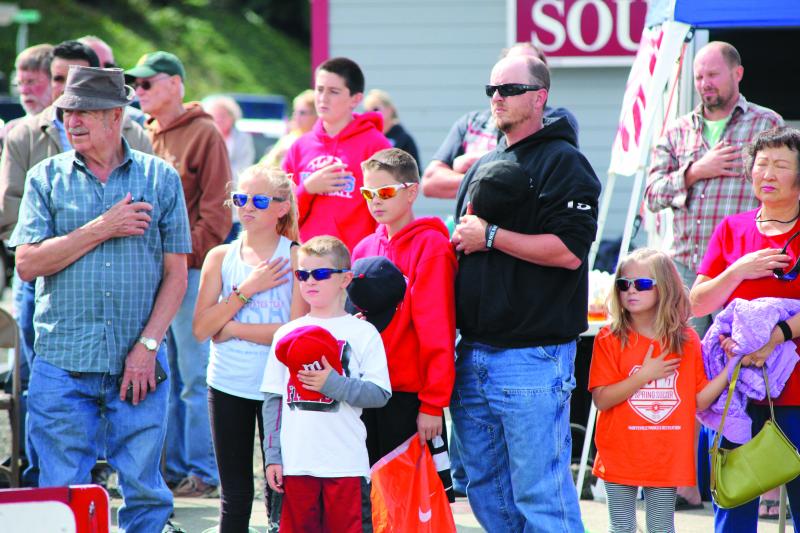 Spectators of the parade stood and saluted Old Glory at the beginning of the Labor Day Parade. 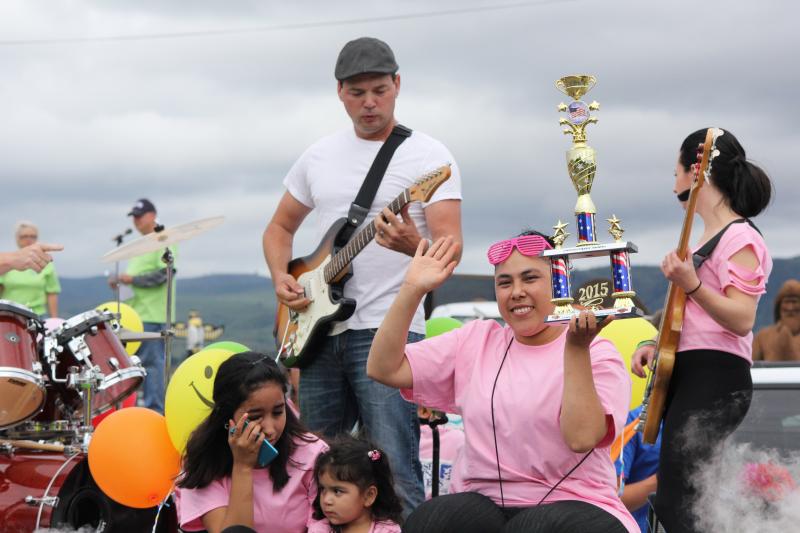 Winner of the Sweepstakes Award during the Labor Day Parade: Nisbet Oyster Company.

With raffles, games and prizes over the Labor Day weekend here is the list of winners for Come and Play on Labor Day.