Indians move on to semi-finals 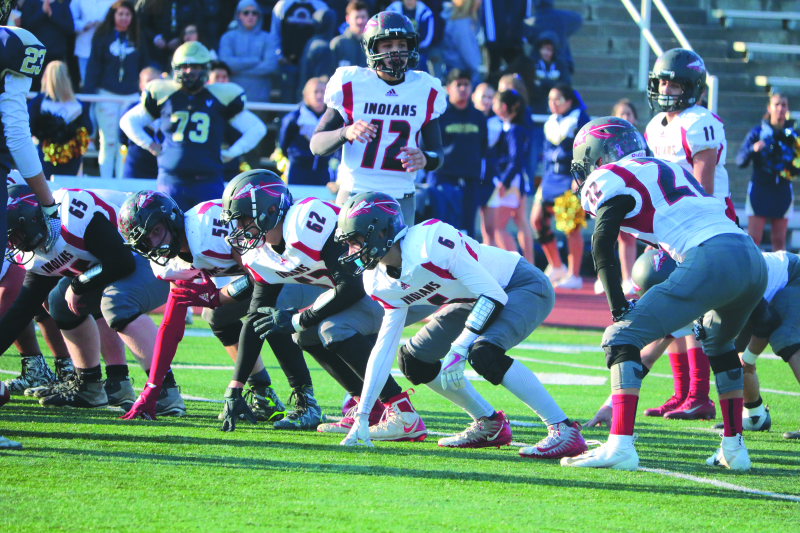 Toledo Indians have done it again! On Saturday Toledo Indians beat out Tri Cities Prep Jaguars in a score of 34-23 advancing to the next round of semi-finals.

Toledo coach Mike Christensen stated, "I am proud of the resiliency that our guys have shown throughout the year. After a 2-4 start many guys would have thrown it in and started to look forward to basketball and wrestling, but our guys trusted the process and are now reaping the rewards. We knew going into the season that we had a very difficult early season schedule and not a lot of varsity experience, returning only 4 starters on offense and defense but we also saw the potential of our guys and they have worked hard to meet that potential."

Toledo started the first quarter off scoreless but by halftime Toledo had the lead of 27-0 and dominated the remainder of the game. Toledo started on the board with a 25 yard fumble return by Jacob Marley, and continued with a touchdown by Arceo Hansen then Buck scored in the endzone from two yards.

The Jaguars had a little help in the 4th quarter and were able to score another touchdown with the final score being 34-23.

Coach Christensen stated this about the game, "Our defense played lights out scoring 2 touchdowns and setting up a third. We came in with a good overall game plan and our guys executed. Fano Arceo-Hansen is playing lights out and is a huge weapon defensively. Offensively we moved the ball really well, averaging almost 7 yards a play. We still have some things to clean up, but I like where we are right now."