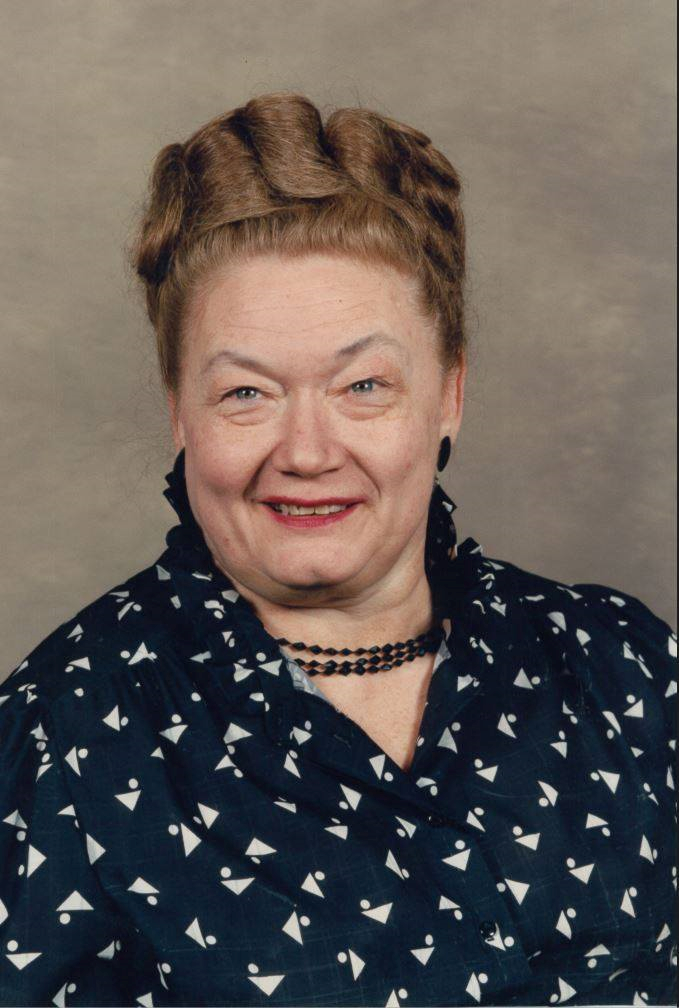 Evelyn Irene (Olson) Wilson passed away August 11, 2015 at the Willapa Harbor Rehabilitation Center in Raymond. She was born August 10, 1932 at the family home to parents Margaret (DeBord) and Fred 'Perk' Olson in South Bend, WA, the same house that her father was born in.

Evelyn was a South Bend High School graduate class of 1950. She married at her grandmother's home in South Bend to Robert Wilson on July 1, 1950 and moved to Raymond, WA.

Evelyn sold Avon Products for several years and in December of 1964 she was interviewed for the position of traveling manger. She told Helen Davis (Davis Reality) that she would be leaving the area for her new job when Helen looked at her and said "You don't want to leave our area. You should buy the ten cent store (that had been Meredith's then Major's Variety) and by April she and her mother, Margaret Olson opened Olson's Variety located in the Lumber Exchange Building. In 1975 Evelyn, Margaret, and now Evelyn's daughter Michele Richey moved their business into the new store they had built on the corner of Central Ave. and Robert Bush Drive (Highway 101), they continued in business until 2002.

During Evelyn's spare time she was involved in the Lutheran Church (as Sunday School teacher and later on the church board as president, member) PTA, 4-H, Boy Scouts, Booster Club, Sunshine Group, charter member of the South Bend Eagles Auxiliary (all the offices and secretary for many years) Lady of the Elks, American Legion, Raymond Lions Club, the Pacific County Historical Society, Pacific County Fair, Beta Sigma Phi Sorority, South Bend Chamber member where she held officer, president and secretary positions, South Bend's Person of the Year (1974), 5 years as Raymond's Commission of Finance, a 10 year member of Raymond's City Planning Commission, Interim mayor of the City of Raymond for a 3 month reign, (to this date the only female to hold that position)! Pacific County Economic Board, she helped to create South Bend's annual Easter Egg Hunt, Christmas potluck, worked the ham Bingos and Banner Days in South Bend.

She was an avid Pinochle player belonging to 2 different pinochle groups; chairman of Come and Play on Labor Day for 20 years, also involved in the South Bend Oyster Stampede, in 1997 received the Iron Anchor Award for Extraordinary Achievement, received the Democrat of the Year Award in 2002, member of the O3A (Olympic Area Agency on Aging) Grand Marshall of Labor Day.

Evelyn enjoyed her time with her family (organizing many family and friend reunions and just plain old get-togethers) her Friday night dinners at the Elks, Seattle plays, and of course her cruises and trips.

A Celebration of Life will be held at the Raymond Elks Club on Saturday, August 29, 2015 at 1:00 for her family & many friends, please bring your many memories and stories of Evelyn. Cremation arrangements were in care of Stoller's Mortuary in Raymond. You may visit www.StollersMortuary.com to leave condolences for the family.