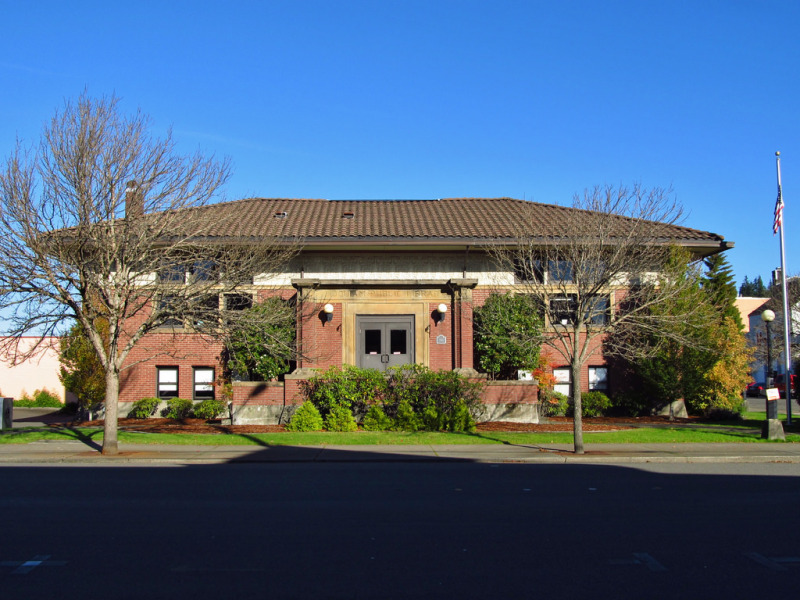 Originally built in 1911, the historical library in Hoquiam will be getting additional restoration.

According to a press release provided by the City of Hoquiam, Mayor Jack Durney announced that the city has received a $704,906 Community Development Block Grant from the Washington State Department of Commerce to renovate the Historic Hoquiam Carnegie Library and Community Meeting Room.

Mayor Durney notes that this incredible news means that Hoquiam's historic and carefully preserved building- originally constructed in 1911- will be restored and preserved for future generations.

"There could not be a greater gift to our community this year as we celebrate our 125th anniversary. Our dedicated librarian Mary Thornton often says that every patron who walks into the Hoquiam Library tells her and the staff how important the library is to our community and how thankful they are that we have this wonderful facility in Hoquiam," said Mayor Durney.

Improvements will address a variety of safety and building problems throughout the facility including repairs to the roof, sheet rock, flooring, elevator shaft, heat system, lighting system, sidewalks, parking garage, doors and windows.

The CDBG program targets projects that specifically benefit low to moderate income individuals. In Hoquiam, there is no public facility that is of greater importance to our low to moderate income residents than our public library and community meeting room which serves 5313 library card holders, an average of 400 individuals per day, and a total of 93, 178 visits in the past year.

"I want to thank City Administrator Brian Shay, Librarian Mary Thornton, and Finance Director Mike Folkers who put together an excellent grant application in a very competitive grant environment, said Mayor Durney, "Additionally, I want to recognize Aberdeen Architect Alan Gozart who donated his time to help develop the scope and budget and all of the individuals and library user groups who wrote letters of support to tell our story."

The teamwork, partnerships and commitment to serving our citizens with projects like the Hoquiam Carnegie Library and Community Room Restoration Project are examples of why we are called the Friendliest City. "I cannot begin to describe my pride in our hometown that continues to make significant strides in our community with very limited resources," said Mayor Durney, "In just the last 10 years, we have received approximately $28,000,000 in grants and loans for projects to address the goals of our Hometown Hoquiam Initiative."