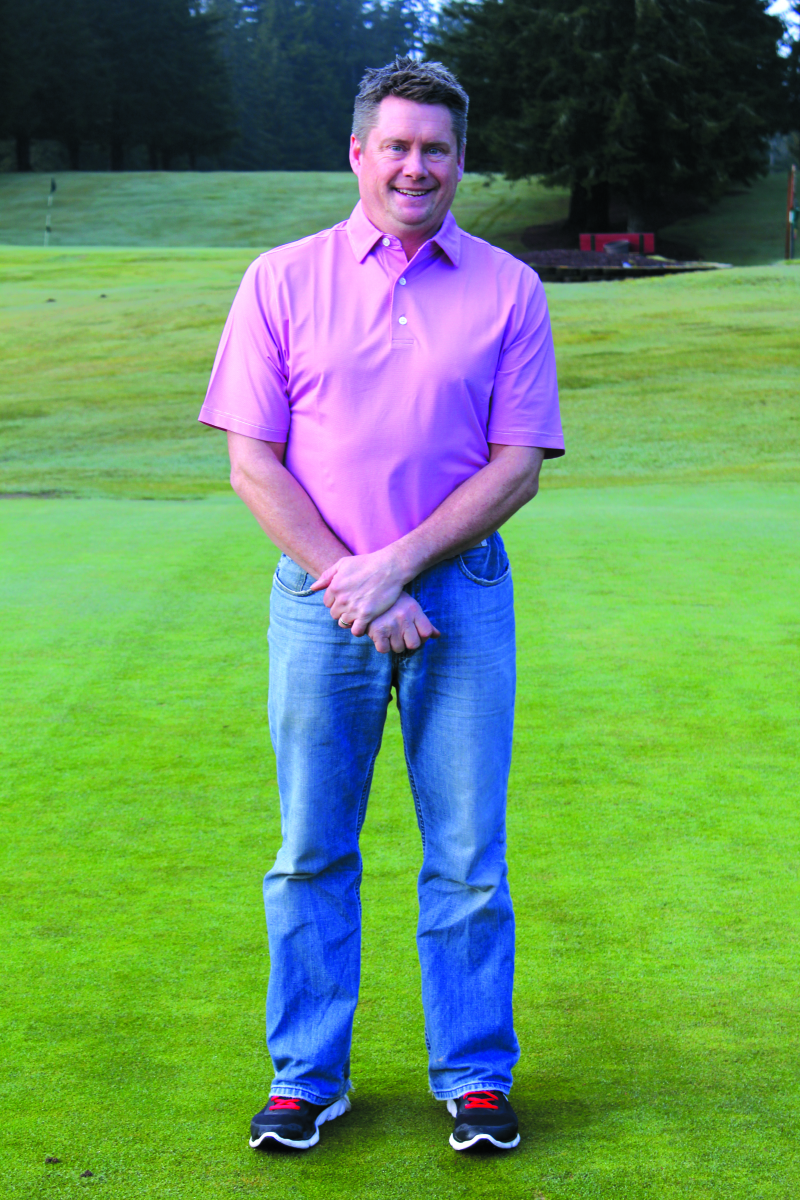 Ronnie Espedal is the new manager out at Highland Golf Course in Cosmopolis. Espedal grew up in Aberdeen, and learned to play golf when he was 12 years old. Espedal even played and learned on the Highland Golf Course when he was younger. "I grew up in Central Park so when I got into high school and played golf I got a job working out at the Grays Harbor Country Club. I worked there between ages 19 and 20," explained Espedal. He went on to explain that while he was in community college, the pro that worked at the Ocean Shores Golf Course had asked him to work out at the course. It was between Espedal's Sophomore and Junior year of college, "so I ended up there for that summer. Two of his assistant pros had quit that summer so I stayed and turned pro March of '88," said Espedal.

Espedal explained that he and a co-worker bought the Ocean Shores course in 1993. "We ran the course as co-owners and then the Grays Harbor Country Club job opening came up in 2002 and so I went to work there."

Espedal has some plans for the course, citing affordability as one of his main concerns. Another focus of Espedal's is junior golf, and getting kids out on the course. "It's very important that we stay affordable out here. Junior golf is a big deal to me, over the past three or five years we've really gotten into teaching a lot of junior golf. There aren't enough ladies taking up the game. I plan on offering a lot of group lessons, a setting where people can be comfortable and come out with friends and take some group lessons and have it be affordable," said Espedal.

Espedal is running a full service golf pro shop, and the course is very affordable. Espedal specializes in running tournaments, and so suggests that if you have a fundraiser, or are looking for an activity to do as a get-together, come hold a golf tournament at the Highland Golf Course whether it be your family or your company, or a group of friends. Espedal also specializes in teaching golf, custom club fitting, as well as club repair, a service that isn't offered widely. He also plans on introducing an early bird special when golf season comes around in the Spring.