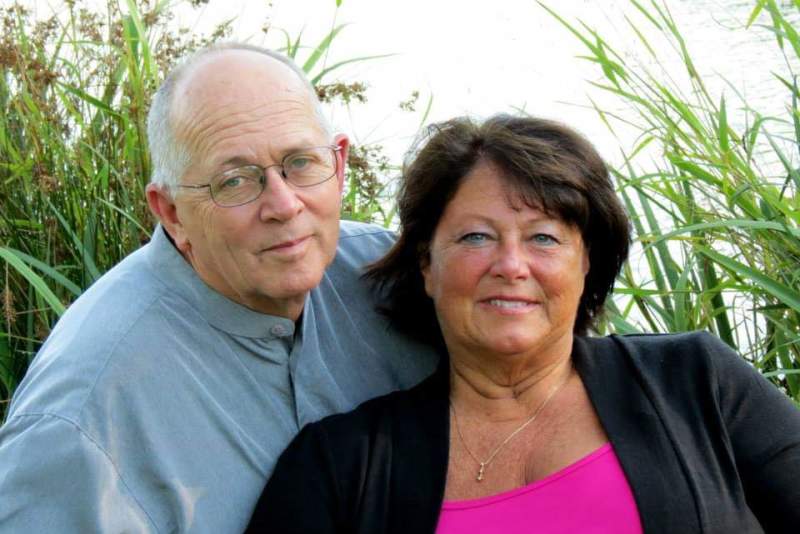 This year's Grand Marshals of the 2019 Winlock Egg Day Parade are definitely deserving of the honor of the title of Grand Marshals. Randy and Carrie Pennington have both given so much to the community, if you have lived here for any length of time, you have probably met either or both of them.

Carrie was born in 1956 to Al and Jan Raubuch of Winlock (both now passed on). She was raised in Winlock and graduated from Mt St Helens High School in 1974. Carrie worked for two years in Centralia, then began working in Winlock at the Winlock Family Market, then the Rexall Drug Store. She also worked for Granite Construction, as an Emergency Medical Technician, as Granite Construction built the sediment retention dam at Mt. St. Helens.

Carrie became employed by the Winlock School District in 1990 as a paraeducator. She has worked in the office at Winlock Miller Elementary School for several years and has been the elementary school secretary for the past two years. Carrie volunteered for Lewis County Fire District 15 (Winlock) for over 34 years as an E.M.T. and held the position of Captain over EMS for over 20 years. She retired in December 2014 with the rank of Captain.

Randy was born in 1951 to Forrest "Gene" and Starr Pennington (both now passed on). Randy was raised in Southern California near Anaheim. He enlisted in the US Army shortly after his 17th birthday in December of 1968 on delayed entry. Upon graduation from Valencia High School in June 1969, he was at Fort Ord California for basic training. After his training, he was sent to Germany than multiple back to back tours in Vietnam where he served with the 101st Airborne Division and 75th Infantry Rgt (Ranger). Upon returning from Vietnam he re-enlisted and spent a total of nearly 13 years in the military. His last duty assignment was flight Medic with 54th Med Detachment, Ft Lewis, a military helicopter medevac which at the time was the only helicopter ambulance service in Washington. Upon honorable discharge, Randy went to work in Tacoma as a paramedic and instructor for paramedics and EMTs at Tacoma Community College, Clover Park Vocational Technical College and Centralia Community College.

Randy and three other medics came to Lewis County in 1981 to start the first Paramedic Service in Lewis County, St Helens Medic One,and began volunteering for Winlock Ambulance/Fire. After his time as a paramedic he worked at the new Consolidated 9-1-1 center rising to supervisor and then Director of Lewis County 911. It is there he found his place in Law Enforcement and the his love for serving. He as been a active Reserve Officer for Toledo Police since 1987, and holds the rank of Sgt. He has continued in Winlock Fire Department and for 19 years has been a Fire Commissioner for Winlock. He has been employed for M and M transport driving a semi truck hauling lumber and wood by products for 20 years.

Randy and Carrie share a family of 5 children, all grown, three of which are graduates from the Winlock School District. They have a total of 16 grandchildren, one of which is a Veteran of the US Army, and currently is a Federal Officer, two are currently active military, three are in college.

Upon the death of her Father and Mother, Randy and Carrie purchased the Raubuch home from the Raubuch Estate and they live in the house that Carrie grew up in. At one time, the home was part of the Winlock Blue Moon Dance Hall. The home was originally across the street from its current location and has been remodeled over the years to make room for Carrie, her brother Keith and sister Kelly as the Raubuch family grew.

Randy and Carrie enjoy spending time together at the beach or working in their yard. When they retire they would like to do some traveling.

Thank you Randy and Carrie for all you do, we are blessed to have you as our Egg Day Parade Marshals and as part of the Winlock Community.