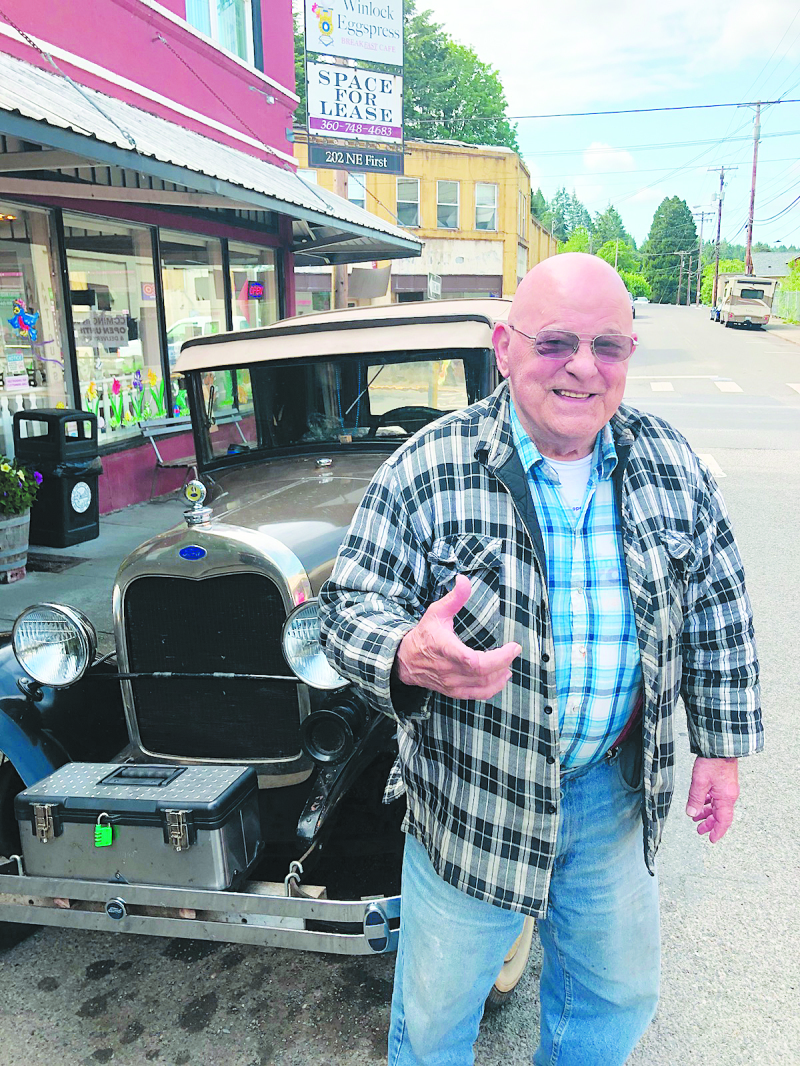 Duaine Miller in front of his Model A is one of the Good Ol' Eggs. The Good Ol' Eggs are those that have lived in Winlock all or most of their lives over the age of 80.

When we think of the Egg Day parade we wonder who the Grand Marshal will be. This year the Egg Day Committee has done something totally different. Instead of a Grand Marshall, we will celebrate our "Good Ol' Eggs," Winlock residents, all over the age of 80 that have lived the majority of their lives in Winlock.

One of those individuals is Dwaine Miller. Dwaine will be in the parade driving his Model A with other Grand Marshals. He was born in Toledo in 1937 but he calls Winlock home.

Dwaine graduated from Winlock in 1955. He played football under Dick Stultz, who had quite the career here in Winlock. When Dwaine talks about Winlock he always mentions the good times. He stated that while growing up in Winlock, "I had my relatives around me, (his mom was a Blum). It was great to grow up in a small town."

Dwaine said, "I loved my first Model A, which I got from my brother, Paul. I had to walk everywhere before that." Reflecting on his life he said, "It's been an interesting life. I lived elsewhere but I always come back to Winlock because Winlock is home."

Dwaine Miller is a salt-of-the-earth kind of guy. His brother, Jack, was well-known around Winlock as well. Winlock is lucky to have men like Dwaine around. He still understands what it takes to be a good neighbor and friend. He is regularly in the Town Crier office checking on what is going on in Winlock. When he misses a week or two "we always get worried," stated Lynnette Hoffman. Dwaine is part of Winlock and Winlock is definitely a part of him.